As the UK marks National Anti-Slavery Day (Friday 18 October), Cambridge Judge Business School’s very own expert on human trafficking, Simon Stockley, speaks about a new law to crack down on the traffickers – and his work with a ground-breaking charity that helps victims. 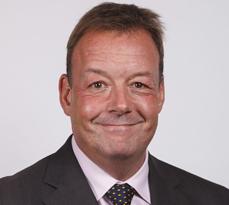 Simon went to Whitehall on Tuesday to throw his support behind a new law which aims to pursue traffickers with real vigour. Speaking to Home Secretary Theresa May and influential peer Baroness Elizabeth Butler-Sloss, Simon told them the move to bring in tougher sentencing (including life imprisonment) for traffickers, and powers to seize their assets, was the right approach – and long overdue!

For too long the approach has been to target the victims and view them as willing economic migrants who bring it on themselves,” he said. “Having worked with upwards of 200 women escapees from trafficking, I can categorically say the vast majority had no idea what was going to happen to them when they signed up for what they thought would be job or education opportunities abroad.

For years we, the campaigners, have been saying the government needs to take much tougher action against the traffickers and at last we have a bill going through parliament that will do just that. I’m really pleased and told Theresa May I will do anything I can to help.”

Baroness Butler-Sloss (formerly the UK’s highest-ranking female judge) told Simon that partisan party politics had been behind previous failures to draft a law that would go to the heart of the problem.

Both women expressed an interest in the HERA (Her Equality, Rights, and Autonomy) charity which helps escapees from trafficking to find work, get into education or become entrepreneurs. Simon is co-founder and a trustee of HERA, putting his skills as a serial entrepreneur to use to help women who want to set up their own business. (Simon is Deputy Director of CJBS’s Accelerate programme to nurture young entrepreneurs.)

HERA was the first charity in the UK devoted to helping women trying to make the difficult transition into normal life,” he said. “They are offered mentoring from some of the UK’s most successful business women and men. The skills and confidence they gain on HERA equip them to set up their own businesses or get into work or education – many victims arrive in the UK already highly educated.”

The women trafficked to London, come from all over Africa, the Middle East, Central and Eastern Europe and Asia, as well as from the UK itself.

Of those women HERA has worked with, 25 per cent go on to set up their own business. One set up a specialist bakery, another (trafficked from Africa) has created a fashion label, and a woman trafficked from Eastern Europe received mentoring from a top advertising executive and now manages a flagship store for a high street chain.

Simon’s next crusade is to persuade the law-makers that women trafficked to the UK who want to stay, should be given legal status:

This is still missing from the government’s approach and is something we will continue to campaign on. To send victims of trafficking back home is simply to return them to the desperate circumstances that led to them being trafficked in the first place. They should be allowed to stay and become happy and productive members of society.”

Simon’s career spans oil exploration, corporate lending and business support – he has advised over 300 start-up businesses and 60 high growth ventures. He was Director of the MBA programme at Imperial College, London, for 15 years and he has recently become Director of the MoTI programme for the School.

Anti-Slavery Day was created by Act of Parliament in 2010 to raise awareness of modern slavery and to inspire people to eliminate it.

* Facts and figures supplied by HERA.