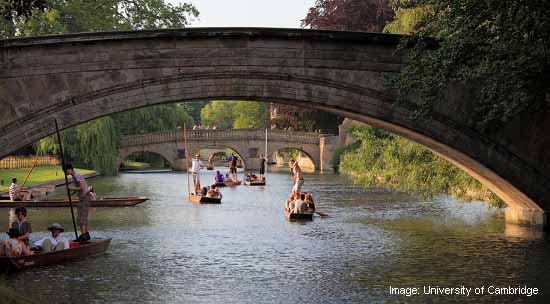 Four organisations have recently joined Cambridge Ahead since its launch in November, taking the total number of organisations that are Full Members to 25.

The four new organisations are Pricewaterhouse Coopers, Ridgeons, HSBC and Pace Investments.﻿ PwC’s Cambridge office has been providing audit, tax and advisory services to clients in the region for 30 years and has over 200 staff dedicated to building relationships and creating value. The Senior Partner of the Cambridge office is Stuart Newman. Ridgeons is a successful family owned business that started in 1911 in Cambridge and has grown steadily to become one of the UK’s largest independent Timber and Builders Merchants with 25 locations across the East of England. The Managing Director is Angela Rushforth and the total employee count is 850.

HSBC is one of the world’s largest banking and financial services organisations serving some 55 million customers. Its network covers around 80 countries and territories in Europe, the Asia-Pacific region, the Middle East, Africa, North America and Latin America. Jon Bramwell is HSBC’s Head of Corporate Banking covering Cambridge and more widely across the East of England. Pace Investments is a Cambridge and London-based, privately-owned property development and investment company specialising in the provision of office and mixed-use schemes in Central and Southern England. The owner and chief executive is Johnny Vincent, who started the company in 1996 and has since undertaken over 40 development schemes, including the award winning Botanic House, Hills Road, Cambridge.

Of these recent additions, Jane Paterson-Todd, CEO of Cambridge Ahead, said: “We’re delighted to have PwC, Ridgeons, HSBC and Pace Investments join us and we now have 25 Full Members. This is not only a great achievement in such a short space of time but is an endorsement of our raison d’être. To have such successful organisations with a presence in the city region join gives us enhanced influence and representation of the business community and we are looking forward to working with them to help realise our vision for Cambridge.”﻿