Neil Carson has decided, after a highly successful decade as Chief Executive of Johnson Matthey, to retire in 2014. The board today announces that Robert MacLeod will succeed Neil. 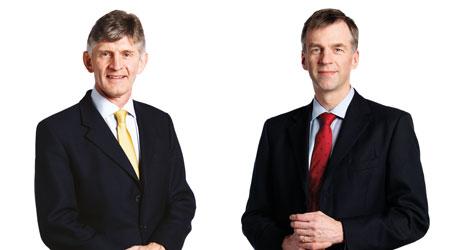 Neil will formally step down as Chief Executive following the announcement of the group’s annual results on 5th June 2014 and will remain on the board until the end of September 2014 to ensure a smooth handover.

The news came as the group gave an upbeat outlook for the second half of its financial year, anticipating that its performance will be ahead of previous expectations.﻿

Tim Stevenson, Chairman of Johnson Matthey said: “Neil has made an outstanding contribution in his 34 years at Johnson Matthey, including as Chief Executive since 2004. He has been the architect of the successful company that is Johnson Matthey today, not only in its financial performance, as today’s trading update shows, but also its culture, style, integrity and business approach. On behalf of the board, I wish him all the very best for the future.”

The board has conducted a thorough review of the requirements for successful implementation of the company’s strategy and considered both external and internal candidates for the role of Chief Executive. As a result, the board is delighted to announce the appointment of Robert MacLeod as the new Chief Executive.

Commenting on Robert’s appointment, Tim Stevenson said: “The board is extremely pleased to have a very able and natural successor in Robert, our current Group Finance Director, who has served alongside Neil, developing a knowledge and experience of Johnson Matthey, its culture and markets. Since joining Johnson Matthey in 2009 as Group Finance Director, Robert has played a key role in the group’s strategy and new business development as well as introducing more robust business processes across the company. We are confident that Robert will be a highly successful Chief Executive, achieving continuity with the legacy that he is taking over and successfully implementing a proven strategy that will deliver further growth.”

Succession plans for the Group Finance Director role are well advanced and we expect to be able to make an announcement shortly about who will take over from Robert.

Commenting today, Neil Carson said:  “Johnson Matthey is a wonderful company full of talented and dedicated people. It has been a real privilege to have been the Chief Executive for the last ten years. The management team and I have continued the transformation of Johnson Matthey into a world leading speciality chemicals company. The business is in excellent shape and I am very pleased to be handing it over to such a competent and able team led by Robert, who will make an excellent Chief Executive and under whom the company will continue to thrive.”

Robert MacLeod said: “I am honoured to succeed Neil and am really excited by the opportunity to lead such a fantastic team. I look forward to working together to continue to build our global business developing and delivering high technology products that have a positive impact on the world around us.”

In Neil’s decade as Chief Executive the company has seen outstanding growth in all its global markets. Over the ten years, sales excluding precious metals have grown from £1.2 billion to £2.7 billion in the year ended March 2013 and the group’s market capitalisation has increased from under £2 billion to almost £7 billion today. He will leave the company in a strong position for further progress, with an experienced senior team and sound strategy for the next phase of growth.

Robert, aged 49, joined Johnson Matthey in 2009 as Group Finance Director. Prior to joining Johnson Matthey he was Group Finance Director of WS Atkins plc and worked in a variety of senior financial roles at Enterprise Oil plc. He is currently a non-executive director of Aggreko plc and is a Chartered Accountant. Robert is married with three boys.

Johnson Matthey is a leader in sustainable technologies. Many of the group’s products enhance the quality of life of millions through their beneficial impact on the environment, human health and wellbeing ...