Male and alone on Valentine’s Day? It could cost you

Men indulge in luxury goods after they have been romantically rejected, while women go for expensive treats when their lovelife is on the up, new research shows. 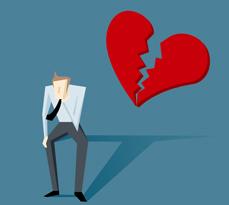 A study by marketing academics has concluded that when men have been rejected they are more willing to splash out on conspicuous luxury items like sports cars, to console their bruised emotions and increase their appeal in the eyes of potential future romantic partners.

In contrast, women who are rejected are less likely to spend on luxuries. They wait instead until they are in a happy partnership before splashing the cash on luxuries highly visible to their social networks – thus signalling the success of the relationship.

The research was led by Dr Eric Levy from Cambridge Judge Business School at the University of Cambridge. A lecturer in marketing, whose research interests include interpersonal and romantic relationships in the context of consumer psychology, Dr Levy worked with Dr Mark Forehand and Dr Shailendra Jain of the Foster School of Business at the University of Washington, to study buying habits among the lucky and unlucky in love.

In their working paper, Filling the Void or Showing the Love? How Success vs. Failure in Romantic Relationships Affects Men’s and Women’s Desire for Conspicuous Luxury Products, the trio report that they asked male and female volunteers to reflect on a time when they really wanted to date someone, and were either rejected or accepted (leading to a relationship).

The volunteers were then asked to consider how much they would be prepared to pay for an expensive publically displayed item like a luxury BMW sports car, as opposed to a humble item used privately, such as a table.

The men were willing to pay more for the sports car in the wake of being rejected, while the women’s willingness to pay went up in the context of a successful partnership. No differences were found in ‘willingness-to-pay’ for the table.

When men experience romantic rejection, they may seek to boost their desirability to potential future mates, by spending money on highly visible luxury items that signal they possess vast financial resources and will be a good provider. However, when already in a successful relationship, men’s need to display luxury items is lessened.

Women, on the other hand, do not feel the need to display their resources to attract men, and are instead much more likely to spend money on a conspicuously expensive item to show others that they are in a committed partnership.

The research, says Dr Levy, is based on ‘sexual economics theory’, a social-evolutionary theory which holds that women generally control access to the formation of new romantic relationships, and that men therefore seek to acquire and display resources in order to increase their desirability as a mate.

But does it work or are men wasting their money? Dr Levy adds: “An interesting question we plan to follow up on is to what degree the need to display resources to attract a mate is just ‘in the heads’ of males, rather than something women really want!”