AstraZeneca and the Medical Research Council (MRC) announced that they have entered into a groundbreaking collaboration aimed at better understanding the mechanisms of human disease. The collaboration will see the creation of a joint research facility at AstraZeneca’s new R&D centre in Cambridge in the UK. 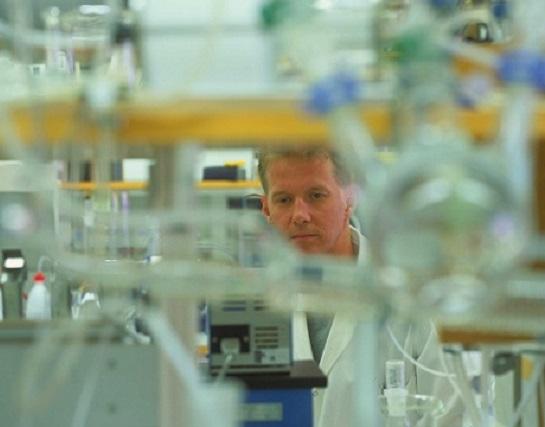 The AstraZeneca MRC UK Centre for Lead Discovery will sit within the new AstraZeneca site at the Cambridge Biomedical Campus, due to be completed in 2016. It will see world class MRC-supported researchers working side-by-side with scientists in AstraZeneca’s high throughput screening group, identifying new methods to better understand a range of diseases and potential treatment options.

As part of the collaboration, which will run for an initial period of five years, academic researchers will benefit from unprecedented access to over two million molecules in AstraZeneca’s compound library, as well as its state-of-the-art high throughput screening facilities at the new site. Research proposals will be submitted to the MRC that will independently assess and select the best scientific proposals from a broad range of therapy areas and diseases. The MRC will fund up to 15 screening projects per year to be carried out at the Centre for Lead Discovery. AstraZeneca will have the first option to enter a negotiation to license any resulting drug discovery programmes of relevance to the company’s therapeutic areas of interest. If this option is not used, the academics can negotiate with other parties.

Menelas Pangalos, Executive Vice President, Innovative Medicines and Early Development at AstraZeneca, said: “This major strategic alliance with the MRC is the first of its kind. It will further AstraZeneca’s aim of creating a truly innovative and collaborative research environment at our new site in Cambridge, where our teams will work side by side with world leading MRC scientists. Through this collaboration AstraZeneca and the MRC will push the boundaries of science to accelerate drug discovery and the development of new medicines here in the UK.”

Professor Sir John Savill, Chief Executive of the MRC said: “This is a unique collaboration that will give MRC researchers unparalleled access to AstraZeneca’s state-of-the-art screening capabilities, world-leading infrastructure and an extensive, high quality compound library. The agreement demonstrates the MRC and AstraZeneca’s commitment to long term investment in UK infrastructure. It is an exciting move that will fast-track research that might not otherwise have been carried out, and will ultimately mean better treatments for patients.”

Science Minister David Willetts said: “AstraZeneca, one of the world’s largest pharmaceutical companies, has signaled a huge vote of confidence in our UK science base by selecting the MRC as their partner of choice for this exciting new collaboration. Forging these strong business and academic partnerships supports our Life Sciences Industrial Strategy and is vital in reinforcing the UK's reputation as a global leader in medical research."

Some initial projects may commence as early as 2015, based at AstraZeneca’s existing research facilities.

AstraZeneca is a global, innovation-driven biopharmaceutical business that focuses on the discovery, development and commercialisation of prescription medicines, primarily for the treatment of cardiovascular, metabolic, respiratory, inflammation, autoimmune, oncology, infection and neuroscience ...