New use for an old ‘trouble maker’ 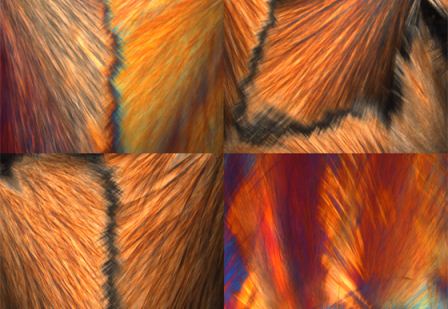 A ‘trouble maker’ from a bygone method of glass production could find a new use as an optical diffuser in medical laser treatments, communications systems and household lighting.

For years, the properties of this material were not studied because it was considered as just a trouble maker in the glass making process which needed to be eliminated. — Kevin Knowles﻿

A form of crystal that was long considered an unwanted and unloved ‘stone’ in glass making could find practical use as a cheap and efficient optical diffuser, which are used to scatter and soften light for a range of industrial and household applications.

Devitrite is a form of crystal which is produced when commercial soda-lime-silica glass is heat treated for extended periods. As it degrades the performance of glass by making it opaque, it was considered a ‘trouble maker’ in early 20th century glass manufacture and, once identified, its functional properties were never studied. Improvements in commercial glass manufacturing have enabled it to be removed from the final product altogether.

However, researchers from the University of Cambridge have discovered that far from being fit for the bin, devitrite actually possesses many useful characteristics which could make it suitable for a range of practical applications.

Writing in the journal ACS Nano, the researchers found that the very optical characteristics which help to make devitrite unwanted in commercial glass can make it extremely useful as an inexpensive and efficient optical diffuser.

Devitrite grown in glass consists of needle-like crystals, formed into fan-like shapes. The tiny spacings between the needles are similar to that of the wavelength of visible light, so when light passes through the devitrite, it scatters the light at wide angles of up to 120 degrees.

Optical diffusers are typically either mass produced by sandblasting glass, resulting in low cost devices which diffuse light in a relatively uniform manner, or more expensive engineered holographic diffusers, which can control the shape of the beam of light.

The devitrite-based diffusers developed by researchers from the Department of Engineering and the Department of Materials Science & Metallurgy diffuse light more broadly than the sandblasted devices, while giving some control over the shape of the beam, at lower cost than the engineered holographic devices.

Devitrite can be produced on a large scale, simply by treating ordinary window glass with heat. The devitrite crystals grow into the glass itself, making the diffusers robust and resistant to damage. In addition, the high melting point of the glass means that the diffusers can withstand temperatures in excess of 500°C.

These diffusers could be used in a range of practical applications, from medical laser treatments, to optical imaging, or even in everyday household use. For instance, the adoption of high-efficiency LED lighting has been slowed somewhat by the harsh light which LEDs produce. A reproducible, low-cost diffuser on an ordinary LED bulb would help address this issue, resulting in softer, warmer light.

“For years, the properties of this material were not studied because it was considered as just a trouble maker in the glass making process which needed to be eliminated,” says Dr Kevin Knowles of the Department of Materials Science and Metallurgy, who developed the diffusers with Dr Haider Butt, now of the University of Birmingham. “But by taking a closer look at it, we found that it could have a new lease of life with real practical applications.”

The inventors are currently developing the technology for commercial use with the assistance of Cambridge Enterprise, the University’s commercialisation arm.

Reproduced courtesy of the University of Cambridge﻿