Cutbacks in recruitment in the financial sector have failed to dampen the performance of Cambridge Master of Finance (MFin) graduates. 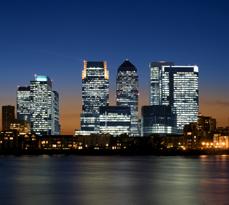 Cutbacks in recruitment in the financial sector have failed to dampen the performance of Cambridge Master of Finance (MFin) graduates, who report very strong levels of post-programme employment.

Analysis of the 2012/13 graduating class reveals that 93 per cent reported being employed in a wide range of finance sectors across the world just four months out from graduation (the standard benchmark for business schools). This places Cambridge at the head of the industry for post-Master of Finance recruitment.

The profile of the class surveyed featured 46 students from 25 countries, with an average of four years professional experience in finance before they started the course (it is a requirement that students have at least two years experience in the sector).

Just over half of the recent graduates (51 per cent) started new jobs, post-MFin, with 34 percent returning to their previous employers. Over half also used their new qualification as a doorway into a new area of finance, with 54 per cent switching areas and 36 per cent taking the yet more radical step of switching country.

The programme also sparked the entrepreneurial spirit in some students, with 7.5 per cent reporting that they have now set up their own company. A further 7.5 per cent were engaged in internships.

Investment banking was the chief draw, with 20 per cent reporting employment in the sector. Asset management, a finance role in a non-financial organisation and commercial/retail banking were equally ranked at 12 per cent, with venture capital, public sector finance and corporate finance in third place, each attracting 10 per cent of Cambridge MFins.

The roles graduates were filling were varied, 17 per cent in mergers and acquisitions and 10 per cent each in planning and strategy or sector research. Their locations across the globe saw the majority based in the UK (34 per cent); South East Asia was next with 23 per cent and 11 per cent were scattered across Europe.

Academic Director of the Cambridge MFin, Dr Simon Taylor said the results showed the high standing in which employers across the world now hold the five-year-old programme:

"We’re very pleased that graduates of the Cambridge MFin are impressing employers at a time when so many banks and other financial institutions have been cutting back on recruitment. The students we attract are talented and hard working so their success is well deserved."

Find out more about the Cambridge MFin