To scale or not to scale: Pfizer’s attempt to tango with AstraZeneca

As the ‘will they – won’t they’ Pfizer/AstraZeneca takeover drama prepares for its final act on deadline-day Monday 26 May, Stelios Kavadias, Judge Business School's Margaret Thatcher Professor of Enterprise Studies in Innovation & Growth, takes stock. 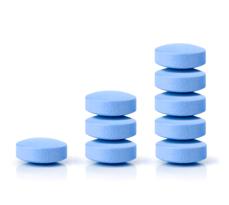 Needless to point out the amount of ink spent on the recent buyout proposals from Pfizer to the UK’s second biggest pharmaceutical company, AstraZeneca. Needless, also, to point out the diversity of the pundits’ opinions regarding this. A reasonable summary could look like this: Is this good for Pfizer? Yes, if one looks at the immediate, and medium-term, taxation benefits. Is this good for AstraZeneca? Perhaps yes, if one looks at the challenges that their recent drug introduction history has encountered. Is this good for the UK economy? Rather unclear given the uncertainty regarding the longer term plans that the merged company would have, and the overall economic circumstances. This latter question is especially relevant for Cambridge, since AstraZeneca has announced that they would move their global headquarters to Cambridge sometime in 2016.

Given this context, it is useful to take stock of the situation and try to look at some of the facts and longer term implications. Academic research has convincingly argued that mega mergers like the potential one between Pfizer and AstraZeneca are extremely complex initiatives that very rarely escape the fate of complex projects: lots of unpredictable incidents that increase the cost and decrease the value, ending up with much lower benefits. Moreover, these initiatives are extremely context dependent and therefore make any long term prediction (expert-based or not) highly uncertain.

There is, however, convincing evidence about more specific outcomes that pertain to one of the core competences of pharmaceutical companies: R&D. Such mega-mergers tend to disrupt internal R&D processes and set them back significantly. A significant part of this effect is explained due to the fact that, while the merger takes place, researchers become uncertain about the strategic direction, the continuation of the funding of their programs, the new metrics for success and career development etc.

As opposed to other business functions, R&D has longer timelines, which means that any setback pushes these timelines and their eventual effects on drug pipeline development and drug introduction even further back. Therefore, the impact on R&D outcome could arguably be viewed as negative.

So what does this mean for Cambridge and its potential role in this merger? Interestingly enough, Cambridge’s importance might turn out to be even bigger for the new company. Why? Because any disruption of the internal R&D processes would imply an even greater need to source ideas, and talent externally. Very few spots globally can claim the scientific depth of Cambridge’s ecosystem around life sciences. The amount of exceptional scientists, startup companies and incubation efforts across the Cambridge ecosystem presents a unique opportunity for collaboration, co-development and idea insourcing for large pharmaceutical companies.

Seen in this light, independent of the eventual outcome of the 26 May deadline when Pfizer will determine their final move, the importance of the Cambridge scientific tradition will stay paramount; but as for the fate of the original constituents in the new post-merger regime, only time can tell…