The co-founder of one of the UK’s most successful software companies will use her knowledge and skills to the benefit of local life-threatened children after joining East Anglia’s Children’s Hospices’ (EACH) Special Events Committee. 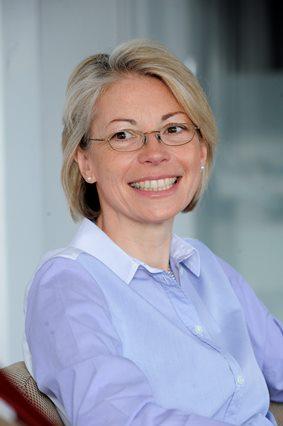 Her Royal Highness The Duchess of Cambridge became Royal Patron of EACH in 2012 which has significantly increased the profile of the charity and the need for such a committee.

Kensington Palace is aware of the EACH Special Events Committee which is made up of key influential figures from across Cambridgeshire, Norfolk, North Essex and Suffolk, who give up their time voluntarily for the benefit of the charity. The committee exists to host extraordinary fundraising events to support the work of EACH and to raise the profile of the charity.

Lily said: I’m thrilled to have been invited to join the Special Events Committee at EACH. The hospices are an outstanding example of the very best in medical and palliative care for children and their families, and are true centres of excellence for East Anglia.

“It’s also a privilege to work with committee chair Gina Long on a number of very special projects which will further raise the charity’s profile. I look forward to the challenge of raising much-needed funds to help support the work of the many talented and dedicated professionals who make EACH what it is.”

Graham Butland, EACH Chief Executive, said: “We’re delighted Lily has joined the EACH Special Events Committee as her experience, knowledge and skills will be a great asset to the organisation.”

Gina said: “The EACH Special Events Committee has some very exciting fundraising plans on the horizon and Lily will be invaluable; ensuring a fantastic amount of money is raised as well as awareness of the wonderful work EACH does in caring for children, young people and their families.

“We’re absolutely delighted to have Lily on board and I would like to thank her for undertaking this voluntary role for what is a very special charity.”

Cambridge born and bred, Lily combined her interests in commercial law and business to work in insolvency practice, and co-founded Cambridge software company RealVNC in 2002. The company won three Queen’s Awards for Enterprise in three years, and is ranked in the 2012 Deloitte UK Technology Fast 50. In 2013, Lily and four of her colleagues received the prestigious Royal Academy of Engineering MacRobert Award for engineering innovation and commercialisation, making her only the second female recipient since the awards were established in 1969.

Lily is responsible for the company’s corporate social responsibility programme, working with organisations such as The Fitzwilliam Museum, Britten Sinfonia, Cambridge Shakespeare Festival, The Cambridge Summer Music Festival, Cambridgeshire Community Foundation and The Centre for Computing History. Lily is a Trustee of Press Relief, a Trustee and Director of Cambridge Arts Theatre and a Fellow of the Royal Society of Arts.

Lily was pivotal in bringing The Secretary of State for Business, Innovation and Skills to the city to open Cambridge Business Week 2013. She is married to RealVNC co-founder Dr Andy Harter, and they have two sons.