The UK is set to achieve the strongest growth rate among the G7 economies in 2014, according to the latest quarterly forecast from the EY ITEM Club. 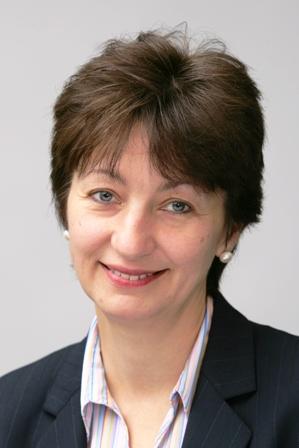 The EY ITEM Club’s Summer Forecast says GDP growth of 3.1% is on the cards for 2014 as the economy is moving from recovery to expansion. This compares to 2% for Canada and 1.8% for Germany.

While the consumer did most of the running over the first half of the recovery, businesses are now expected to pick up the baton, with capital investment by firms set to surprise on the upside. As the consumer pauses for breath, the report predicts growth will moderate to 2.5% in 2015.

The economy hits the sweet spot

Peter Spencer, chief economic advisor to the EY ITEM Club comments: “What a difference a year makes. Last summer any growth looked better than no growth and the outlook remained uncertain. But confidence has now returned and economic uncertainty has dropped well down the worry list.

“Business investment is being ramped up generating over half of the growth over the last year and helping to rebalance the economy away from consumption. Underpinned by a strong labour market that provides the best of both worlds - boosting incomes via employment rather than wages, while keeping inflation low - the UK economy has hit the sweet spot.”

Companies are putting their cash piles to good use

Cathy Taylor, EY's senior partner in Cambridge (pictured), adds: "After several false starts, this time it could be different. Although the consumer remains an important part of the story, stronger corporate confidence in future demand is driving fixed investment. After several years of low expenditure there is a significant amount of catching up to do."

"Increasing M&A values suggest that there is scope for momentum to build. With large cash piles and stock market sentiment tilting towards growth, we may see a scramble to invest driven by FOMO (Fear Of Missing Out).”

Labour market delivering the best of both worlds

The UK labour market is very strong and the forecast predicts that unemployment will continue its descent, falling from 6.8% in Q1 2014 to 5.6% by the end of 2015.

According to the forecast, the country’s economy will enjoy a perfect combination of consumption financed by strong employment, rather than wage growth and borrowing, accompanied by low inflation and low interest rates. The supply of workers is also set to continue rising strongly, making the recovery in real earnings “steady rather than spectacular”. The EY ITEM Club predicts that real incomes will grow at 1.8% in 2014 and 2.2% in 2016.

Spencer continues: “The UK’s labour market is unlike any other. Incomes are being boosted by more members of the household entering or remaining in employment rather than heftier pay cheques and borrowing. At the same time low wage inflation is helping to rebalance the economy by restraining consumption. This unusually good performance is holding out the promise of a sustained, low inflationary expansion.”

Investment in housing to pick up

The EY ITEM Club’s Forecast expects housing investment growth to accelerate from 7.6% this year to 13.4% in 2016, with strength in demand giving builders the confidence to lay the foundations of a sustained programme of house building. House prices are expected to increase by 9.1% this year and 7.4% in 2015 before they slow to 4.2% in 2016.

Spencer comments: “Investment in our housing stock is much lower than it needs to be in order to put a roof over the head of the UK’s growing population. However, measures such as the Chancellor’s Help to Buy scheme for new builds are hitting the mark as homebuyers and builders respond to the deals on offer. Worries about interest rate hikes will reinforce the effect of the Financial Policy Committee’s recent measures and help prevent excessive risk taking.”

Raising interest rates this year could be jumping the gun

The EY ITEM Club Forecast says that interest rates will remain on hold this year, as wages will only recover slowly. However, the first rise is expected to come in early 2015.

Spencer comments: “The markets are jumping the gun in thinking that rates will rise this year. Low inflation, the strong pound, and ongoing risks from the Eurozone, all suggest caution in raising rates. The three new members joining the Monetary Policy Committee this July and August will surely take time to find their feet. With all that in mind, and wages expected to remain subdued, we’d think interest rates will be kept on hold until the first quarter of next year.”