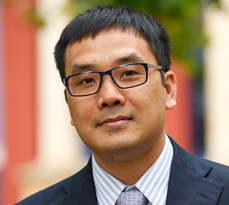 All sides on the debate into top executives’ pay have usually found common ground on just one thing – that there is no empirical way of telling if a CEO is overpaid or not.

Now two academics claim they can provide this missing piece of the puzzle with a new economic model that separates the overpaid from the justly paid, and puts a figure on CEO contribution to shareholder value for the first time.

Bang Dang Nguyen of the University of Cambridge Judge Business School and Kasper Meisner Nielsen from the Hong Kong University of Science and Technology recently concluded a five year study into the thorny question of CEO pay, reaching some startlingly cut and dried conclusions. They claim they have provided empirical evidence to show that, 1) 42 per cent of top executives are overpaid while 58 per cent are not and, 2) on average, a top executive takes home 71 cents, (a CEO, 65 cents), of every dollar they create for shareholders.

In a forthcoming article for Management Science journal, Nguyen and Nielsen suggest their research has important real-world implications for how top executive pay is regulated, (including the controversial EU cap on banker bonuses), and the general debate on top executives’ contribution to shareholder value.

Nguyen and Nielsen base their findings on an unusual data set: the sudden deaths of top US executives (CEOs, Presidents, Chairmen, CFOs, COOs and VPs) from AMEX, NASDAQ and NYSE-listed firms and the subsequent reaction of the stock market for five days afterwards, compared with the five days before. The unfortunate (and unwitting) contributors to the study were 149 executives who died unexpectedly between 1991 and 2008.

The researchers examined the stock price reaction to each death and also looked at the ‘abnormal pay’ factor – measured as the deceased executive’s actual compensation minus the expected compensation of their replacement.

From the relationship between the stock market’s perceived contribution to value and the abnormal compensation figure, Nguyen and Nielsen drew the conclusion that an average top executive keeps 71 per cent (in remuneration) of whatever they personally create for shareholders ( with a CEO keeping 65 per cent on average.) The figure can fall as low as 52 per cent or rise as high as 85 per cent. It is the first time a figure resulting from a natural experiment has been put on what CEOs retain of the value they create for their companies.

And the two researchers go further, stating that they can now also put a figure on the number of executives who are overpaid. Of the 149 sudden deaths they investigated, 63 of the CEOs (42 per cent) triggered positive stock price reactions on their demise, indicating that they were pocketing more than 100% of the value they created, with the shareholder receiving none.

Extrapolating from their sample, Nguyen and Nielsen conclude that this reveals that 42% of top executives are overpaid while 58% are not – good news for shareholders and customers and, again, the first time a figure has been put on the issue.

Nguyen said: “Our research is among the first to relate pay to contribution. So, out of every $1 of value, how much does the CEO retain and how much do the shareholders get? In our model, we can show how much the CEO has created in value – we can isolate this for the first time. Measuring contribution in this way is a much more accurate method of determining pay than the usual measure of the sensitivity of pay to performance, which can’t measure things like how lucky or unlucky the CEO may be, i.e. how circumstances may favour or debilitate them.

“Overall, our results are valuable in informing the ongoing discussion of the level of executive compensation. A large body of research, and many politicians and leaders, argue that executive compensation is excessive. But, without a measure of executives’ perceived contribution to shareholder value, a true assessment is difficult. Our study proposes a novel approach to measuring executives’ perceived contribution to shareholder value and its relationship to pay.”

The potential implications are many, adds Nguyen, for regulators, shareholders and the hiring of top people:

“For regulators – they need to realise that not all CEOs are bad! We found that 58 per cent are not. Enacting regulation (especially as a response to social pressure) that punishes all CEOs alike also punishes the company, the shareholders, the taxman and ultimately the ordinary citizen. Results from this research show that the labour market for top executives, while not perfect, does work to some extent.

“For shareholders – our paper shows that the vast majority of shareholders don’t need to be worried that their CEOs are ‘stealing’ from them. 58 per cent are not, so shareholders can feel reassured. Our model also provides shareholders with useful facts and figures on top executives and CEOs’ contribution to shareholder value.

“For the hiring of CEOS: our work points up the importance of the executive team, not just the CEO. Having a strong executive team (and giving shareholders a say in picking them) from which a replacement can be chosen, instead of having one all-powerful figure at the top is very sensible. CEOs should have good deputies who can take over if the worst happens so the stock price, and therefore the company and the shareholder, are not at the mercy of the fate of one person.”

Nguyen and Nielsen have previously examined a similar thesis, looking at what sudden death reveals about the value of independent directors, for the Journal of Financial Economics, and Nguyen has previously published in Management Science on corporate elites and the effectiveness of boards of directors.