Pudsey Bear takes to the air

BBC Children in Need's Pudsey Bear is a very accomplished flyer! This particular Pudsey is a very distinguished bear, having flown the Atlantic in the Canadian World War II Avro Lancaster Aircraft “Vera”. Now he's staying with the Cambridge Aero Club and is determined to do as much flying as he possibly can and in as many aeroplane types as possible! 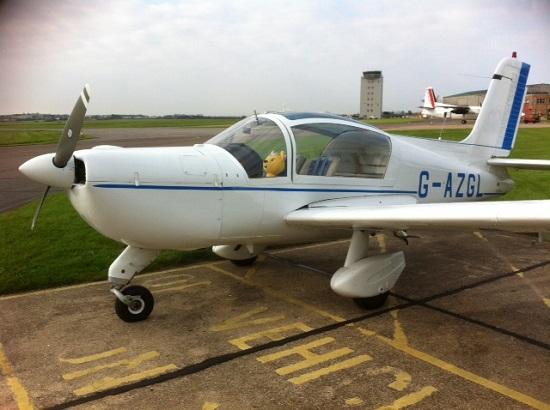 On 14th November he will play an important part in raising money for the BBC’s Children in Need event.

Yesterday, he made his first flight in a civilian aircraft with Managing Director of the Cambridge Aero Club, Terry Holloway, in Sir Michael Marshall’s Rallye Minerva aircraft to Oxford and back.

Terry Holloway said: “He was a perfect passenger, a great navigator and was very pleased to meet lots of people at Oxford Airport and at Cambridge, who took great interest in him.”