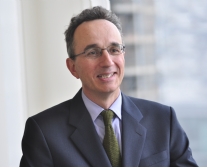 Ian Stewart, Chief Economist at Deloitte, comments on yesterday's Autumn Statement: “Despite some headline grabbing measures the overall effect of today’s announcements are tiny, with a net easing of policy next year, equivalent to 0.05% of GDP, and a modest tightening thereafter. No one will change their economic forecasts for the UK on the back of these numbers.

"With the striking exception of the deficit the economic outlook for 2015 is almost exactly what the Coalition might have hoped for when it came to office in 2010: good growth, falling unemployment, low inflation and rising real incomes.

"In 2015 the UK will be one of the fastest growing major economies in the EU; and the UK is likely to outpace three of the five “BRICS” economies – Brazil, Russia and South Africa. 2015 is likely to be the first year in which UK real earnings have risen in six years. Deloitte’s research with CFOs confirms that large businesses are in expansionary mode; we agree with the Office of Budget Responsibility that the next few years should see capital spending rising at the fastest rate since the Dot.com boom of the late 1990s. Crucially, with the OBR forecasting that inflation will stay below its 2.0% target for the next two years interest rates are set to remain low, and money cheap, for longer.

"Despite disappointing growth in revenues, today’s deficit forecasts weren’t quite as bad as some feared. But that shouldn’t obscure the fact that we are only half way through a deficit reduction programme which stretches towards the end of the next Parliament. The IMF reckons that the UK deficit this year will be larger those in Greece, France, Italy or Ireland. The OBR forecasts it will take a tightening of fiscal policy and cuts in real government consumption spending for each of the next five years to get the budget back into surplus. The private sector will have to compensate for this and drive UK growth through the next Parliament."

Boost in Tax relief for SME research and development

The rate at which losses can be surrendered for a payable credit under the ‘small to medium sized enterprise (SME) scheme’ stays at 14.5%, so loss making SME’s will receive a cash credit of 33.35 pence (previously 32.63 pence) for every pound spent on qualifying R&D.

These increases are partly funded by a new measure applicable to all R&D schemes, also to be introduced from 1 April 2015, which will exclude expenditure from the claim on consumable items incorporated into products that are subsequently sold.

The government will launch a consultation in early 2015 to address the issues faced by smaller companies when making R&D claims, including establishing an advanced assurance process for those making their first R&D claim under the SME scheme and improving the R&D guidance.

Who will be affected?
The changes will affect all companies who carry out qualifying R&D. A SME, for the purposes of the UK R&D tax relief, is a company which, together with certain related companies, has fewer than 500 employees and either turnover not exceeding €100m or total assets not exceeding €86m.

When?
The rate increase will apply for qualifying expenditure incurred on or after 1 April 2015, along with the restrictions to exclude the costs of commercialised consumables.

Our view
The increase in support available under the R&D regimes will be beneficial to many companies. However those companies whose R&D claims include significant amounts of commercialised consumables expenditure will find that the benefit they are able to claim will be reduced and this is likely to offset, or in some cases may outweigh, the benefit of the rate increase.

The announcement of a consultation into the application of the R&D regimes for small companies should be well received by SMEs and we would encourage them to engage in the process.

Sally Jones, Director at Deloitte comments: “This is a small but significant increase in tax relief for a business looking to innovate. If we took an SME in its early loss making stage, with a R&D spend of £500,000, it could get up to £166,750 of cash back from HMRC (an increase of £3,625 as a result of the uplift). These increases in R&D relief for both SMEs and large companies, and emphasises the commitment of the Government to innovation.”