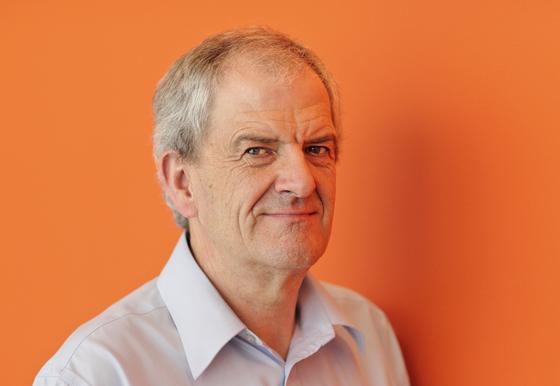 Dr Richard Jennings, a UK pioneer in the field of academic knowledge transfer, will in March step down as Deputy Director of Cambridge Enterprise (CE), the commercialisation arm of the University of Cambridge.

Working with so many talented people at the interface between academic and industry has been a privilege and pleasure." — Richard Jennings

Jennings, who joined CE in 2004, is credited with helping the company grow from a small player in an academic cottage industry to one of the most successful technology transfer operations in the world. In 2014 alone, CE supported the work of 1,320 University researchers, signed 130 licences, filed 239 patents, and helped its academic partners win £7.1 million in translational funding.

“Working with so many talented people at the interface between academic and industry has been a privilege and pleasure,” Jennings said. “Negotiating and closing mutually agreeable deals, and contributing to laying the foundations of so many exciting and important initiatives has been very satisfying. In the face of the increasing international significance of research impact, the role has become ever-more important and has a bright future. It has kept me endlessly absorbed.”

In 2004, Cambridge Enterprise was spun-out of the University’s Research Services Division and Jennings was appointed to run CE’s consultancy division. In his growing role, Jennings oversaw the company’s Technology Transfer arm as well, and in 2010 was appointed Deputy Director, serving briefly as Interim Director until the appointment later that year of Tony Raven.

“Richard has been a key figure throughout the University's journey, from its first tentative steps into knowledge transfer to its being a world leader today,” said Raven. “I have particularly valued his knowledge, guidance and sage counsel since joining the Cambridge Enterprise family, and wish him a long and enjoyable retirement after an exceptional career for which we all owe him a huge debt.”

Jennings boasts an extensive track record of establishing successful university-industry collaborations, and commercialising University-derived intellectual property through consultancy, licensing and spin-off companies including some of the University’s biggest commercial breakthroughs and spin-outs. Early projects included the work of Sir Richard Friend, the University’s Cavendish Professor of Physics, who pioneered the study of the electronic properties of organic polymers and molecular semiconductors. Sir Richard is director of the Winton Programme for the Physics of Sustainabilityand co-founder of Cambridge Display Technology (CDT) and Plastic Logic, both of which are Cambridge Enterprise portfolio companies.

Jennings supported the development of the drug Lemtrada (formerly Campath-1H), which was developed out of the research of Professor Herman Waldmann and colleagues in the Department of Pathology and is today is considered a transformative treatment for patients with relapsing forms of multiple sclerosis (MS); and Kudos Pharmaceuticals Ltd, founded by University Professor Steve Jackson, which developed Lynparza (olaparib) a first-in-class medicine for the treatment of women with a subtype of ovarian cancer for which there are limited treatment options. The company was acquired by AstraZeneca in 2006.

Other successful projects included Entropic, an innovator in speech recognition technology developed by Steve Young and Phil Woodland, University Professors of Information Engineering. The company was acquired by Microsoft. And Solexa, a world leader in gene sequencing by synthesis, which was acquired by Illumina. The sequencing technology was invented by Professors Shankar Balasubramanian and David Klenerman from the Chemistry Department.

Jennings currently serves as a board member of both Cambridge Enterprise and its wholly owned consultancy company, Cambridge University Technical Services (CUTS). He is also a non-executive director of IfM Education and Consultancy Services Ltd, the Institute for Manufacturing's knowledge transfer company, a non-executive director of Granta Design Ltd and a Fellow of St Edmund's College.