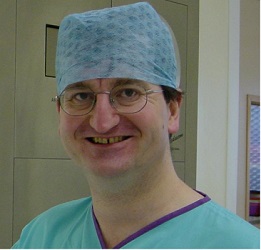 Neurosurgeons at Cambridge University Hospitals (CUH) have been ranked as the best in Great Britain and Ireland in a study on the impact of their academic output.

The study, which was produced by the Journal of Neurosurgery last month, analysed data from the 315 neurosurgeons working in departments across Great Britain and Ireland and used a method called the h-index, which is emerging as one of the more relevant markers of academic productivity.

The h-index counts the most highly cited papers by a particular author and CUH’s neurosurgeons came out on top in this study, ahead of St George’s, London; Great Ormond Street, London; National Hospital for Neurology and Neurosurgery, Queen Square, London; and the John Radcliffe, Oxford.

The world-renowned Department of Clinical Neuroscience at CUH is the regional centre of excellence and provides services for nearly five million people.  The specialist doctors and nurses in the department provide a range of treatment, including:
•    treating head and brain injury, including major trauma
•    world-leading intensive care and medical imaging
•    removal of brain tumours
•    vascular surgery (i.e. stroke and bleeds in the brain)
•    minimally invasive spinal surgery for discs
•    major surgery for straightening the spine
•    inserting stents to widen veins in the brain and;
•    treating hydrocephalus, a build-up of fluid on the brain.

The department is at the cutting edge of treatment, with recent examples of ground-breaking care including:
•    determining the role of removing part of the skull to control brain swelling and improve outcome after head injury
•    removal of an incredibly rare cranial tapeworm
•    removing brain tumours whilst the patient is still awake and using a special ‘pink drink’ dye which stains cancerous tissue in the brain, both of which help to protect healthy brain tissue
•    use of 3D printing to  provide bespoke body parts
•    new sensors to help better understand brain chemistry and;
•     a potential new treatment for Parkinson’s based on implanting cells.

Professor Peter Hutchinson (pictured)  is the academic lead of the team of 17 consultants in neurosurgery.  He said: “Our success is testament to the benefits of continued close links between the Trust and the University of Cambridge. The Department has been here for just over fifty years and we continue to push the boundaries of what is possible. This success is testament to the endeavours of Mr Walpole Lewin, the first neurosurgeon is Cambridge and subsequent consultants including Mr David Hardy, Professors John Pickard and Alastair Compton.

“I am delighted for everyone involved that the department has been recognised nationally for its academic output. We strive to understand the functions of the brain and the nervous system so we can work with our partners across the Biomedical Campus to offer live-saving and life-changing treatment for patients.”

CUH is also the location for a national centre to develop technologies to help brain-injured patients. The Cambridge Brain Injury Healthcare Technology Cooperative (HTC) is one of eight cooperatives nationally to receive funding from the National Institute of Health Research (NIHR). The Cambridge partnership is the only one in the country to focus on brain injury. It is hosted by CUH working with the University of Cambridge.

The study also looked at the academic productivity of neurosurgeons in Great Britain and Ireland compared to the US, where funding for medical research is substantially higher, and concluded that it was “likely to represent very good value for money”.


About Cambridge University Hospitals (CUH)
Cambridge University Hospitals (CUH) is one of the largest and best known hospitals in the country. As well as delivering care through Addenbrooke’s and the Rosie, it is also:
•    a leading national centre for specialist treatment for rare or complex conditions
•    a government-designated biomedical research centre
•    one of only five academic health science centres in the UK
•    a university teaching hospital with a worldwide reputation
•    a partner in the development of the Cambridge Biomedical Campus