Examiners are cleverer than you think, Cambridge Assessment research suggests 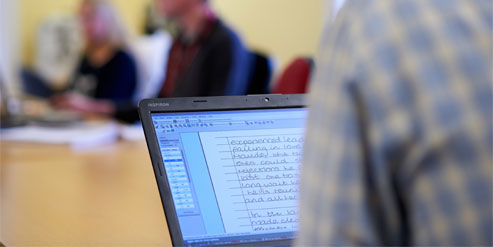 As the Regulator Ofqual debates how to set and maintain the standard for new GCSEs, Tom Bramley and Tom Benton have published a discussion paper which argues examiners should play a key part.

Ofqual says statistical evidence will be the key tool in the first year of awarding for new GCSEs, because the “comparable outcomes” approach to awarding minimises the possible disadvantage to students at a time of change. In their paper, the Cambridge Assessment writers agree but argue that examiner judgement must also play a part, particularly after the first year of the new exams.

“The central aim of identifying whether students have acquired a given set of knowledge and skills should never be discarded,” they write. “This requires that expert judgement plays a continuing role in grading examinations.”

They also argue that the role of examiner judgement has been unfairly questioned in recent years, ignoring positive evidence about its use.

They add: “Although there are reasons not to rely upon expert judgement as the sole source of information on standards, recent reviews have overemphasised the unreliability of this source and tended to ignore more positive evidence.”