Magda Hassan, a former PhD student at Cambridge Judge Business School (2010-2014), has won the 2014 Worshipful Company of Marketors Award for outstanding performance in marketing at the post-graduate level. The award comes with a cash prize of £1,000. 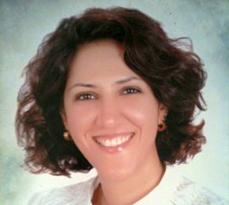 Magda will collect her award at a celebratory event later this year. Delighted with the award, she said:

"I am extremely grateful to have been chosen for this prestigious award. The four years of the PhD have been filled with challenges, but I always had the support of my supervisor Jaideep Prabhu who enriched my learning experience massively. I hope that this is only the beginning of long years of research in which I will be exploring the phenomenon of micro-marketers even further. This area of research is not only important, but also very rich with potential for developing and expanding the borders of marketing theory."

Professor Jaideep Prabhu is Magda’s supervisor and nominated her for the award. He said:

"I’m delighted to hear that Magda has received the Worshipful Company of Marketors Award for outstanding performance in marketing at the post-graduate level. Her research is ground-breaking in many ways. Substantively, it looks at a ubiquitous phenomenon that affects the lives of hundreds of millions of people around the world but has received very little academic attention. Methodologically, it employs new techniques in gathering and analysing data. And finally, from a practical standpoint, it offers important implications for policy makers, managers, multinationals and small entrepreneurs alike. The award is well deserved indeed."

The Worshipful Company of Marketors (previously one of the old London guilds) is a modern livery company promoting excellence in marketing, research and innovation and offering scholarships and awards.

Magda’s PhD research has also been chosen by the editorial team of the European Journal of Marketing as a Highly Commended Award winner of the 2014 Emerald/EFMD Outstanding Doctoral Research Awards in the marketing research category.

Find out more about the Emerald/EFMD Outstanding Doctoral Research Awards