Cambridge and Oxford team up to pitch investment opportunities 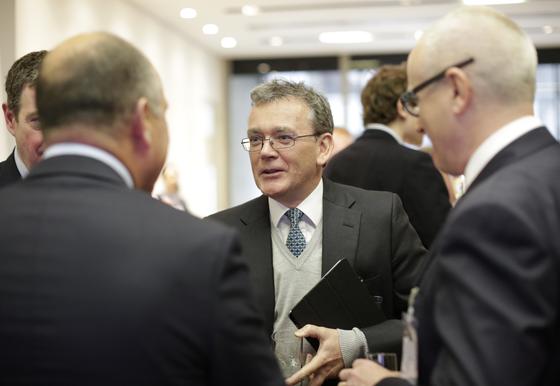 The first ever event for investors to learn about prospective spin-out companies from both the Universities of Oxford and Cambridge was held at the London Stock Exchange last week.

Despite the friendly rivalry, the inaugural combined Oxford and Cambridge technology showcase was a huge success, allowing early stage investors an insight into the great spin-out opportunities at both universities.” — Mark Pritchard, Executive Chairman at Allied Minds

The presentations addressed markets from advanced display technology to a new treatment for glaucoma. Ventures featured included Quethera and Jukedeck from Cambridge, and Bodle Technology and Orbit Discovery from Oxford.

Professor Dame Carol Robinson, the first female Professor of Chemistry at both universities, delivered a keynote address that highlighted the need for more senior female academics and described her own discoveries with potential for commercialisation.

Dr Tony Raven and Tom Hockaday, CEOs of Cambridge Enterprise and Isis Innovation – the technology commercialisation companies of the two universities – welcomed the growing recognition in the investor community of the potential of university spin-outs and the world-class value creation that leading UK universities achieve.

Attendee Mark Pritchard, Executive Chairman at Allied Minds, said: “Despite the friendly rivalry, the inaugural combined Oxford and Cambridge technology showcase was a huge success, allowing early stage investors an insight into the great spin-out opportunities at both universities.”

Cambridge Enterprise and Isis Innovation assist more than 3000 researchers with a combined research budget of more than £1 billion. The fruits of this research, in discoveries and innovative technologies, are supported with translational funding of over £30 million to progress new ventures to be ‘investor ready.’ Four of these pitched at the event.

Isis Innovation and Cambridge Enterprise have formed more than 240 spin-outs and startups – 21 in the last year alone – that have raised more than £2 billion since 1975.

The event was sponsored by Parkwalk Advisors, which manages investment funds for both Cambridge Enterprise and Isis Innovation, offering individual investors an opportunity to be involved in the development of early-stage technologies, often with the benefits of EIS/SEIS tax exemptions.