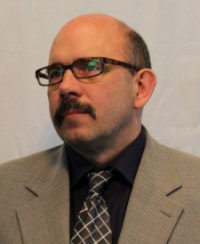 Ubisense Trading Ltd (Ubisense), a leader in precise real-time location systems (RTLS), has raised £5m by way of a share placing to fund its expansion. The fund-raising was led by Canaccord Genuity who arranged for a number of new investors to participate alongside existing shareholders in the placement.

Based in Cambridge, Ubisense provides RTLS technologies to track assets such as tools and vehicles in factories and other environments. Notable clients include BMW, Aston Martin and Airbus. Demand for RTLS technologies is increasing as industrial manufacturers and others recognise the benefits of real-time asset tracking. The funding announced today will enable Ubisense to capitalise on a growing and significant list of opportunities available in numerous industrial sectors.

Richard Green, Chief Executive of Ubisense (pictured0, said: “This investment will enable Ubisense to satisfy the growing demand for its pioneering RTLS technologies. Manufacturers and other commercial organisations are increasingly demanding the benefits of real-time tracking, not only for asset management but also for the improved visibility they have over their production processes.”

Ubisense’s system includes wireless tags that transmit their position to nearby receivers, with location tracking information analysed and visualised using Ubisense’s software. The Ubisense system provides dynamic and precise indoor tracking and ensures that its users have greater visibility of industrial processes.

Ubisense will use part of the funding raised to enhance its relationship with Atlas Copco, the leading industrial tool company, with whom it has launched a new generation of intelligent, location-sensitive tools for use on production lines and other industrial environments. Branded “TLS” (Tool Location System), Atlas Copco’s power tools are equipped with Ubisense location tags that accurately transmit their position to a control centre.

By introducing location-aware tools and Ubisense’s system, customers have achieved significant efficiency gains and enjoyed reduced error rates caused by the incorrect use of tools. For example, working with BMW, using Ubisense tags to identify each vehicle on the line, power tools can be programmed automatically to the correct parameters when a specific vehicle enters a work zone. The TLS technology is also being used by BMW to provide analytical data that helps improve the efficiency of the overall production process itself.

The rollout of RTLS across Airbus factories to track assets ranging from tools to aircraft wings and the tracking of Aston Martin cars as they pass through the off-line finishing processes are further examples of the company’s capabilities. The technology has a wide range of applications and can also be used, for example, to track buses as they arrive at the depot, so they can be correctly scheduled for the next day; track opera singers to optimise sound balance in the O2 Arena’s production of Bizet’s Carmen; and monitor the behaviour of cows in a cow shed on a Danish dairy farm.

Ubisense is ranked as one of the UK’s fastest-growing companies in the Deloitte Fast 50 2010. Chief Executive Richard Green was honoured by Ernst & Young UK as its Science and Technology Entrepreneur of the Year for 2010.