Cambridge Airport has announced exciting plans to strengthen its support for light GA Maintenance and, from 1 April 2012, Luke Hall - the current Cambridge Aero Club Chief Flying Instructor, Examiner and Manager - has taken on the added responsibilities as the Head of General Aviation. 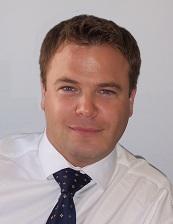 Luke Hall said: “These are exciting times for light GA Maintenance at Cambridge with the forthcoming introduction of a new management structure and with the focus being on an improved customer service. An experience at every level designed to fully meet the expected requirements of the customer. The emphasis will be to provide an exceptional maintenance service led by its customers and the GA community.”

Being established through Marshall Aerospace for the general aviation maintenance sector for over 40 years, Cambridge Airport provides service on most single and twin aircraft with a view to actively seeking expansion into developing this market and obtaining additional approvals.

Archie Garden, Director of Cambridge Airport is keen for the Airport to be seen as the quality destination of choice for General Aviation in the East of England, and said, “Having a market beating maintenance organisation is a key component of our vision.”