Liftshare Week is coming up, a great time to encourage commuters to try car sharing. 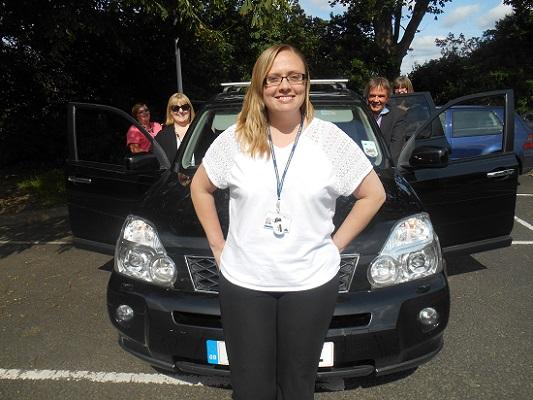 We’ve all felt it… the pain of being stuck behind a mass of traffic, looking at your vehicle’s clock, only to see that work starts in  five minutes! The countdown begins ticking away in your head. Thoughts about what the boss might say just add to your worries.

And what’s worse is when you know you’ve taken all the right precautions – prepared your lunch the night before, ironed your shirt at  lightning fast speed and strolled out the door in what should be ample time,  simply to fall foul of the congested roads once again.

The problem is, the situation is continuing to get worse in and around the city – too many vehicles and not enough space for them to move freely in. And all those engines just contribute further to the amount of pollution entering the atmosphere – bad news for the future! So what’s the answer? Well, it would be foolish to think that we can suddenly put an end to this game of chess we call ‘driving to work’ (especially in town), but we certainly can help to make it better. How? By car sharing.

Imagine how many fewer cars there will be on our roads if four people hop in one car, rather than all hopping in separate cars. And think of the good they’ll be doing for the environment, as well as the money each of them will save – up to 75% of their petrol bill if they share with three others. It’s a win-win!   But what happens if you want to car share, but don’t know  anybody to do it with?........

That’s where Travel for Cambridgeshire comes in... Its car sharing website www.camshare.co.uk matches you up with potential partners as a driver or passenger. Once matched, you  can choose to journey share as little or as often as you like, with whoever you  like! All you need to do is sign up for free.

Businesses, too, can set up  their own car sharing groups, meaning you can share lifts with people who sit in the same office as you. As a result, your work’s car park will also become a  more tranquil place, where images of five cars all trying to cram in to one final space become nothing but distant memories.

Travel for Cambridgeshire writes:"So why are we saying all of this? Firstly, we think that if more people can share lifts, then there will be much more cruising and far less stop starting, making Cambridgeshire a county full  of happier commuters on safer roads. Not only this, from 5th to 9th  October, it is Liftshare Week, making it the perfect time to help lower the congestion and start sharing! You might even be like Peter Kay in his Car Share series and have some great fun doing it. So what are you waiting for?"

For more information on Travel for Cambridgeshire, including the grant funding opportunities on offer to individuals and businesses to help get more people cycling to work (again cutting down on congestion and emissions, while keeping pounds in pockets),  visit our grants page. They must be applied for by 31st December 2015.