Using breakthrough technology and an ancient statute, Cambridge Science Centre has over come its problem of homelessness, creating a world first for the city. 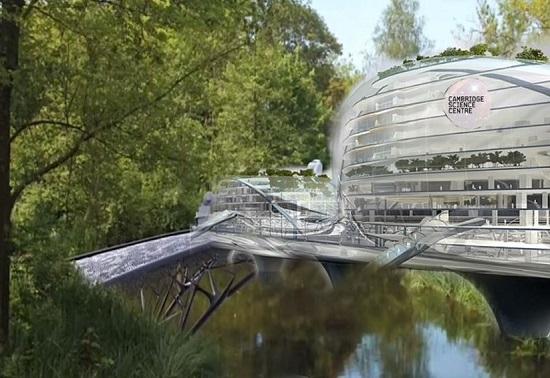 One of the more ironic issues in Cambridge is that this iconic city of science and discovery has no permanent home for its Science and Discovery Centre.

Due to move out of its temporary spot in Jesus Lane this December and facing dispiriting difficulty in finding a landlord with either enough space or vision to see the benefit of a Science and Discovery Centre to 21st century Cambridge, the organisation took the problem to, who else, the public!

“Where can our children go for hands on adventures in Science? What kind of attractions can we offer our 5 million annual visitors? It’s absolutely ridiculous, that in a City famed for its contribution to learning and innovation, we can find room in for every chain café and donut shop, but none for a brilliant organisation that feeds the future!” says mother of two and lead engineer, Clara Facts.

Within less than a year a dedicated, cross-sectorial volunteer working group has unveiled a stunning solution. Having Dot Poussiéreux on the team certainly helped. A professor of Civic Law, she unearthed a statute dating from 1642, following the destruction of the Cam’s bridges by Cromwell.  This permits “the reconstruction of bridges, on any part of the waterway, without recourse to royal, constitutional or institutional approval, by civil society bodies dedicated to facilitating the ingress to knowledge for all in a democratic fashion”.

This means that the new Cambridge Science Centre can now be built, if nominally in the form of a bridge, on any part of the River.  With cost clearly another limiting factor the group has dedicated resources to fundraising ingeniously, not for the building itself, but for a large-scale 3- D printer.

“This gives us immense flexibility and freedom of design in a remarkably cost efficient manner” says Chief Architect Havina Larfe. “With the concrete printer cartridges kindly donated by Epstone the only real limit now is our imagination!”

Construction has begun around the first bend in the river in Granchester meadows where a simple bridge is being laid down by robot arms working on their own rails.  This will lead visitors to a state of the art science centre on the right bank of the meadow, containing, exhibition space, a workshop and classrooms.

“It’s an ideal spot,” says CEO Cindy Forde, “We’ll have a fleet of Cambridge Science Punts, to bring our visitors down. But don’t worry, they won’t be of the rocket-propelled variety we used this summer. That really wouldn’t be sensible!”

Cambridge Science Centre: The Cambridge Science Centre is an educational charity which hosts hands-on exhibitions, workshops, shows and talks to get the public excited about science and technology. As an educational charity, the Centre helps establish the value of science, technology, engineering and mathematics (STEM) as vital skills for day-to-day life and future careers. 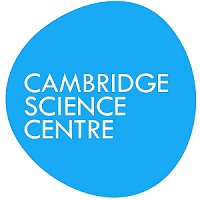 Cambridge Science Centre (CSC) is the only year-round science centre in the East of England. It specialises in taking complex scientific messages and making them accessible, exciting & fun for young learners. Through a combination of informal STEM outreach in schools & communities and visits to the ...