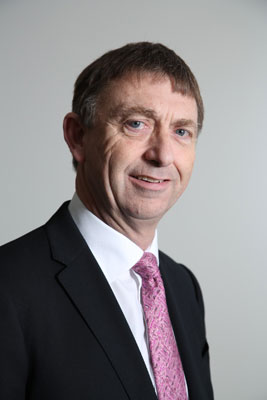 Profit warnings remain low in East Anglia, with three warnings issued during the first three months of the year, according to EY’s latest Profit Warnings report.

As a comparison, the level of warnings in the UK was higher than expected, especially given the substantial downgrade in profit expectations at the end of 2015. UK quoted companies issued 76 profit warnings in the first quarter of 2016 – down from 77 in the same quarter of 2015 and 24 fewer warnings than the previous quarter – but in the twelve months to the end of Q1 2016, 17.2% of UK companies issued profit warnings compared with 16.5% at the same point in 2015.

Nick Gomer, EY’s managing partner in Cambridge (pictured), says: “Confidence is unquestionably returning to the region and companies across the East of England continue to benefit from a period of economic growth, with Cambridge set to be one of the UK’s fastest growing cities over the next three years.

“However, it’s still a tough environment in which to plan and forecast in these fast-moving markets. The recovery hasn’t increased predictability for many factors, including currency movements or competitor pricing activity, and regional businesses still need to work hard to create a distinctive business that can translate an improving outlook into earnings growth.”

In the UK, the FTSE sectors with the highest percentage of companies warning in the year-to-date are: Oil Equipment, Services & Distribution (50%), Mobile Telecommunications (50%) and Electronic & Electrical Equipment (48%).

Resilience and flexibility are vital

Alan Hudson, EY’s head of restructuring for UK & Ireland, comments,“Resilience and flexibility remain vital in these markets and we expect to see companies maintain their focus on operational improvement, and on capital and portfolio management. Outside a major shock, a further dive in expectations makes a further profit warning peak unlikely. However, the level of profit warnings is unlikely to dip too low while there is still so much uncertainty in the outlook and significant potential for misreads.”

Concluding, Gomer says, “The concept of a VUCA world isn’t new, but it’s hard to think of a more apt description for the outlook in 2016.  The year began with volatility in spades, until central bank action and rising oil prices inspired a late quarter rally. But, these are clearly tough markets for companies to read and predict, with mixed signals and the potential for further sharp changes in sentiment, prices and demand. The ambiguous outlook gives potential for misreads and we’re unlikely to see a significant drop in the number of UK profit warnings, despite the drop in expectations and sustained growth.

“There is the potential for significant upside, if the clouds clear in 2016. The second half of the year could see a rush of action in new debt and equity issues and deals, if oil finds a sweet spot, inflation remains within acceptable bounds and geopolitical uncertainties lift to raise confidence.  ‘Be prepared’ seems be a good motto for the rest of 2016.”