Cambridge is towering ahead in the development stakes, with 50 cranes spread across the city. An active development review undertaken by property consultants Bidwells highlights the staggering growth currently shaping the city. 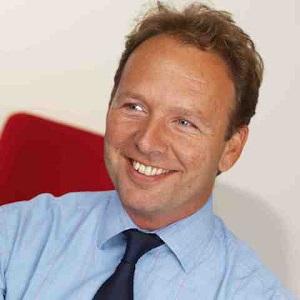 Patrick McMahon, Senior Partner at Bidwells  (pictured), said: "As you approach the city from any direction, you cannot help but notice the cranes towering across the skyline.  As one of the UK’s fastest growing cities, the level of active construction provides clear testimony to the strength of the Cambridge development market.

“Cambridge is the most innovative city in the UK, and is a cornerstone of the Oxford- Cambridge- London ‘Golden Triangle’. Key sectors like bioscience and ICT are driving this and are the vanguard of the nation’s future economic prosperity.”

The Bidwells survey notes that 14 major developments were initiated in Cambridge in 2015.  This is a significant rate of growth in a city with a population of only 128,500.

The Bidwells Cambridge data shows that the city presently has one crane for every 2,500 people.

As Bidwells notes, from the major new housing developments ringing the city, to AstraZeneca's global R&D centre and headquarters on the Cambridge Biomedical Campus, to the multi-million pound CB1 development at the station and the University of Cambridge-led North West Cambridge initiative, it is clear that the "Cambridge Phenomenon", traceable back to the 1970s, continues unabated.

Recent data released by Cambridge Ahead highlighted the true strength of the city's booming economy when it revealed that for every £100 generated by business in the entire UK as revenue, £1 of this has been produced by Cambridge.  The recent Centre for Cities report identified Cambridge as having some of the best socio-economic indicators in the UK and, at 102 per 100,000 of population per annum, a patent registration rate more than five times its nearest rival (Aberdeen with 19.7).

Background - Key developments taking shape in and around the city include:

Cambridge Ahead is a business and academic member group dedicated to the successful growth of Cambridge and its region in the long term.

The Deloitte Manchester Crane Survey took place from 1 November 2015 to 8 January 2016 and measures the volume of development taking place across central Manchester.

The Deloitte Birmingham Crane Survey took place from 28 September to 6 October 2015 and measures the volume of development taking place across central Birmingham.