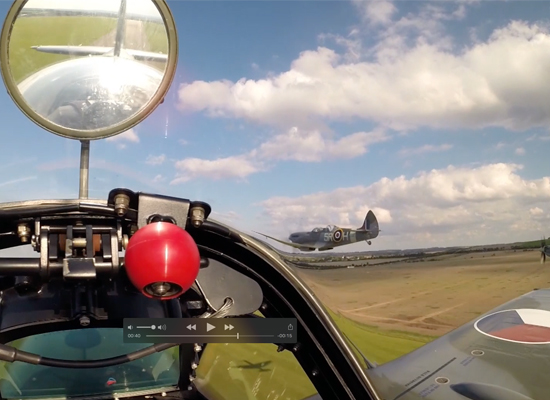 Cambridge Filmworks takes to the skies with the Imperial War Museum(IWM), producing a series of promotional films for the Duxford Air Show Meet the Fighters in September.

In commemoration of the 80th anniversary of the formation of RAF Fighter Command, the air show highlights Duxford’s role as a wartime fighter station, looks at how the nation has been defended from air attack, and shows the vital importance of fighters to winning control of the largest battlefront on earth. Examples of these famous aircraft from past and present will fly in partnership, as we compare and contrast their enduring skills and abilities, and look at what it takes to be a fighter pilot.

Working closely with the Imperial War Museum and PLanesTV, Cambridge Filmworks has produced a suite of films capturing all the thrills, excitement and nostalgia of these spectacular events.

In the first film of the series we meet with one of the daring display pilots who talks us through what it’s like to handle the controls of a spitfire and take to the skies.