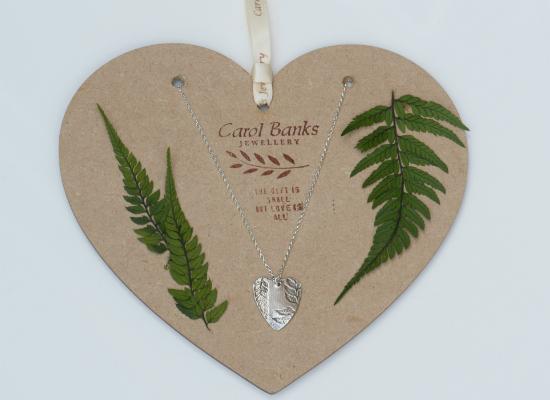 More than 300 artists have been approached to use their creative skills to help Arthur Rank Hospice Charity raise the final £2.3 million required for their new home at Shelford Bottom as part of their Love Your NEW Hospice appeal. The initiative has seen Cambridge artists create unique hearts which have now gone on show for four weekends in July as part of Cambridge Open Studios 2016.

The artists have been invited to create one-off hearts in everything from paint to ceramic, patchwork to glass and their efforts can be seen up close alongside the Hospice Charity’s collection boxes, during each July weekend of Cambridge Open Studios: 2-3, 9-10, 16-17 and 23-24 July , with some of the wonderful pieces already being shared on social on the Hospice’s Twitter, Facebook and Instagram accounts. Art lovers and Hospice supporters can make a donation in the studio in support of the appeal or can leave there contact details so the hospice can contact them later in the year with details of the auction where they can view the collection and will be able to bid for their favourite piece. All money raised being is directed to the Arthur Rank Hospice’s new build appeal.

The Hospice, which provides essential care and services to nearly two thousand people a year living with a life-limiting illness, embarked on their plans to build a new hospice around seven years ago. The new building will offer a more spacious, attractive and therapeutic environment with better facilities and increased service capacity. To date more than £8.2 million has now been raised through generous donations from individuals, companies, Trusts and those who have remembered the charity in their wills.

The Hospice initiated their Love Your NEW Hospice campaign this year, in a quest to raise the remaining funds required for the £10.5 million project. Hoping to further grow awareness of their new home and raise more of the vital funds needed, the Charity contacted Cambridge Open Studios to explore how they might be able to help. Mary Phenna, Capital Appeal Fundraiser at Arthur Rank Hospice Charity, explains: “We wanted a visual and tangible way to represent the Love Your NEW Hospice campaign and to share the news widely with people across the whole county that Cambridgeshire is getting a wonderful new hospice. We are delighted that Open Studios artists took up this challenge, with so many of them producing such beautiful pieces.”

Marion Curtis, Membership Secretary to Cambridge Open Studios, adds: “The Management Team of Cambridge Open Studios was pleased to be able to support this wonderful local initiative. Our participating artists have taken the idea on board and produced some amazing ‘heart art’ which they have shared on social media including and via the News Area on www.camopenstudios.co.uk. Original, high quality hearts have been made, in almost every kind of media, by John Pocock, Terry Beard, Stephen Murfit, Marion Curtis, Sarah Carter, Cheryl Bird, Jamie Sugg, Melanie Goemans, Maureen Mace, Sarah Carter, Jackie Duckworth, Agnes Asselin, Justin Rowe, Helen Martino and Naomi Davies to name but a few.”

Those wishing to take a sneak-peak of the hearts already created for the Hospice can investigate @CamOpenStudios and #LoveYourNEWHospice on Facebook or Twitter, or visit http://www.arhc.org.uk/love and http://www.camopenstudios.co.uk for further information.