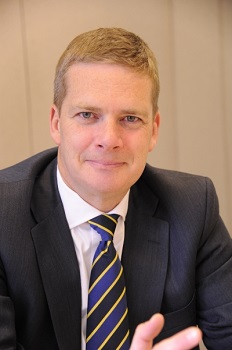 Despite an easing of some negative effects, risk appetite among the Chief Financial Officers (CFOs) of the UK’s largest businesses remains subdued following the EU referendum, according to Deloitte’s latest CFO Survey.

One hundred and twenty-four CFOs of FTSE 350 and other large private companies participated in the Q3 2016 CFO Survey. Of those listed companies, their combined market capitalisation is £452bn. The survey ran from 12th to 26th September.

Despite some improvement since the sharp, post referendum deterioration, risk appetite and optimism remain close to previous lows and perceptions of uncertainty are elevated.

Eighty-eight per cent of CFOs say the level of uncertainty facing their business is above normal, high or very high, down from 92% in Q2 but still the second highest since Q4 2012.

Twenty-four per cent of CFOs say they expect corporate revenues to decrease over the next 12 months, down from 63% in Q2, while 44% expect operating margins to decrease, down from 70%.

CFOs remain on the defensive

Defensive balance sheet measures continue to dominate corporate plans. The top priority is cost reduction, with 47% of CFOs rating reducing costs as a strong priority, unchanged from Q2. Increasing cash flow is rated as the second highest priority, with 42% saying they plan to increase cash flow. 39% plan to introduce new products and services, up from 27% in Q2.

CFOs were asked to rate, on a scale of 0-100, what they see as the biggest risks to their business. The effects of Brexit rated highest (57) followed by weak demand in the UK (54, up from 46 in Q2). Concerns about poor productivity in the UK also saw a large increase over the past quarter, 46 up from 36.

Other risks cited by CFOs also included, deflation and economic weakness in the euro area (50), the prospect of tightening monetary conditions (47) and the US presidential election (45).

CFOs were asked how they expect Brexit to impact their spending and hiring decisions over the next three years. Forty per cent say capital expenditure will decrease as a result of Brexit, down from 58% in Q2. Forty-six per cent expect hiring to slow (down from 66%) and 55% expect discretionary spending to decrease (down from 74%).

Overall, 65% say that the long term business environment will be worse when the UK leaves the EU, down from 68% in Q2.

Ian Stewart, chief economist at Deloitte, said:“The animal spirits of the corporate sector took a battering in the wake of the referendum and, three months on, Brexit continues to loom large for the UK corporate sector.

“Since our last survey we’ve seen the appointment of a new Prime Minister, a strong rally in equity markets and a solid run of UK economic data. But CFOs continue to see significant risks in the economic environment and perceptions of uncertainty remain elevated.

“Brexit tops the list of CFOs’ risks and concerns about UK growth and competitiveness have soared in the past six months. These concerns are weighing on corporate risk appetite with low levels of risk appetite a weaker outlook for investment and hiring.

“CFOs remain concerned about the long-term impact of Brexit and two-thirds believe it will lead to a deterioration in the UK business environment.”

Paul Schofield, Office Senior Partner at Deloitte in Cambridge (pictured), said:“While our survey suggests corporate Britain is in a pessimistic mood, the evidence we have seen so far in the market is somewhat brighter.  In the near term we continue to see our clients making investment decisions and strong interest in our services.  There is some caution as we look ahead to next year but I also remain a long-term optimist about the UK economy.

“The UK has built an enviable business environment which values enterprise and wealth creation. The UK’s move up the World Economic Forum’s competitiveness league, to seventh place, underscores the strength of our economy. The central challenge for the UK government is to ensure that the Brexit settlement enhances these strengths.”

This is the 37th quarterly survey of Chief Financial Officers and Group Finance Directors of major companies in the UK.

124 CFOs participated, including the CFOs of 27 FTSE 100 and 50 FTSE 250 companies. The rest were CFOs of other UK-listed companies, large private companies and UK subsidiaries of major companies listed overseas. The combined market value of the 86 UK-listed companies surveyed is £452 billion, or approximately 19% of the UK quoted equity market.

The information contained in this press release is correct at the time of going to press. For more information, please visit www.deloitte.co.uk.