2016 John Kendrew Lecture to be given by Bonnie Bassler 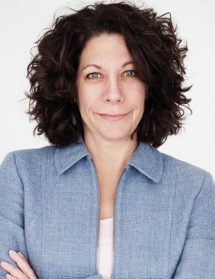 Bonnie Bassler will give the 2016 John Kendrew Lecture next Monday (24th October 2016) at 11.00 in the LMB’s Max Perutz Lecture Theatre. The title of the lecture is ‘Bacterial Quorum Sensing and its Control’. The event is open to anyone in the local area who is interested in attending.

Bonnie has made key insights into the mechanism by which bacteria communicate, known as quorum sensing. She began studying the bioluminescent marine bacteria Vibrio harveyi, defining its quorum-sensing circuit and showing that it communicated with other members of its species by using autoinducers. Her research then revealed that bacteria could not only talk to members of their own species, but performed interspecies communication. Through this it became clear that bacteria require quorum sensing to be virulent as well as to carry out many beneficial behaviours.  Bonnie’s work also reveals a potential for the development of new classes of broad-spectrum antibiotics. Bonnie has received numerous awards for her work, including the Shaw Prize in Life Sciences and Medicine, 2015. She is a member of the National Academy of Sciences, the American Academy of Arts and Sciences and a Foreign Member of The Royal Society.

Bonnie received a BS in biochemistry from the University of California, Davis, and a PhD in biochemistry from the John Hopkins University, for work on bacterial-carbohydrate interactions, in Saul Roseman’s group. She then spent four years as a postdoctoral fellow at the Agouron Institute, studying quorum sensing in bioluminescent bacteria with Michael Silverman, before moving to Princeton University for a tenure-track position. She became a professor there in 1994 and is currently Squibb Professor and Chair of the Department of Molecular Biology, as well as a Howard Hughes Medical Institute Investigator.

Bacteria communicate with one another via the production and detection of secreted signal molecules called autoinducers. This cell-to-cell communication process, called quorum sensing, allows bacteria to synchronize behaviour on a population-wide scale. Behaviours controlled by quorum sensing are usually ones that are unproductive when undertaken by an individual bacterium acting alone but become effective when undertaken in unison by the group. For example, quorum sensing controls virulence factor production, biofilm formation, and the excretion of public goods such as enzymes that solubilise solid food sources making them accessible for consumption. We developed small molecule quorum-sensing agonists and antagonists to discover the principles underlying the exquisite selectivity quorum-sensing receptors have for their cognate ligands. Our results suggest mechanisms bacteria use in the wild to ensure the proper ligand has interacted with its partner receptor prior to eliciting signal transduction. We suggest that, in their native environments, bacteria encounter mixtures of autoinducers produced by other species occupying the same niche. Precise autoinducer discrimination enables a particular species of bacteria to respond exclusively to its own signal even in the face of fierce competition. This ability prevents the leakage of benefits of quorum-sensing-controlled public goods to non-kin. Beyond learning about fundamental principles underlying quorum sensing, another use for our synthetic molecules is to control quorum sensing on demand. Indeed, our most potent quorum sensing modulators protect animals from quorum-sensing-mediated killing by pathogenic bacteria and prevent biofilm formation. These results validate the notion that targeting quorum sensing has potential for antimicrobial drug development.

The John Kendrew Lecture is named in honour of LMB Nobel Laureate John Kendrew. It is one of a series of named lectures organised by the LMB to be given by eminent scientists from around the world.

John Kendrew was born in Oxford on 24th March 1917. He studied chemistry at Trinity College, Cambridge and graduated in 1939. During World War II he worked on radar for the Air Ministry Research Establishment. In 1946 he returned to Cambridge and joined Max Perutz at the MRC ‘Unit for Research on the Molecular Structure of Biological Systems’ (now the MRC Laboratory of Molecular Biology) where his research focused on protein structure and the X-ray analysis of myoglobin. In the 1960′s John jointly founded the European Molecular Biology Organisation (EMBO) and helped create and was first Director of the European Molecular Biology Laboratory (EMBL). He also founded and was Editor in Chief of the Journal of Molecular Biology. From 1981-1987 he was President of St John’s College, Oxford. He died in Cambridge on 23rd August 1997.