The chief executive of Cambridge company ViewRanger was interviewed on BBC Business Live this morning about the new Skyline feature on the GPS app. 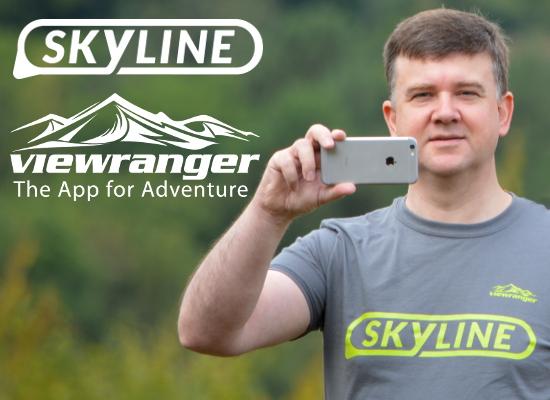 ViewRanger GPS is theoutdoor discovery app created by a successful multi-award-winning, global company with its HQ in Cambridge, UK.

Skyline, which has just been launched, mixes real world - as seen through the smartphone camera - with map data to identify mountain peaks, lakes, villages and even glaciers up to 20 miles away and overlays their names across the image in the camera.

Craig said: “The beauty of using the maps on a digital device is that it shows you instantly where you and where you are going, and with augmented reality it automatically labels the hills and lakes. It answers that age-old question ‘what is that hill over there?

Sally praised ViewRanger’s usefulness, she said: “The fact that there is one there that on a device which will show me where I am on a map is a huge benefit.”

Craig added: “ViewRanger is about making the outdoor trip more interesting and engaging.”

ViewRanger’s products are used and endorsed by hundreds of search and rescue organisations and it has 3m users worldwide.

The British company was one of handful of companies selected to go on stage at the recent Apple keynote event, developing a new version of the app for the Apple Watch in complete secrecy.

The new version of the app will be available on the Apple App store later this week.

You can watch Craig’s interview on BBC Business Live here, 17 mins and 30 secs in

Outdooractive is the world’s leading digital platform for outdoor adventure, a virtual home for all outdoor enthusiasts. With our solutions we support people in living an active lifestyle. We encourage them to explore the great outdoors and inspire moments of connection in nature. In late 2019, ...