Nominate your venture for Social Enterprise of the Year 2017

Allia is pleased to once again be sponsoring the Cambridge News Business Excellence Awards for Social Enterprise of the Year in 2017.

Each year the Social Enterprise of the Year award seeks out the initiative that has delivered, or will deliver, the most impressive impact on society in terms of social, environmental and/or economic impact.

Winning one of these awards has proved hugely beneficial for previous nominees, who have gone on to make the most of their title, not least in attracting new talent to join their staff.

Previous winners of the Social Enterprise Award include Simprints in 2016 and Sunflowers Care in 2015.

Click here to enter the Allia award for social entrepreneurship 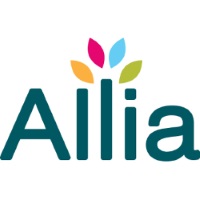 Allia is a not-for-profit organisation that supports businesses - through flexible workspace, social finance and free business support - so that they can grow and create positive impact, on their communities and on the planet. ...