Cambridge workers quizzed about their quality of life 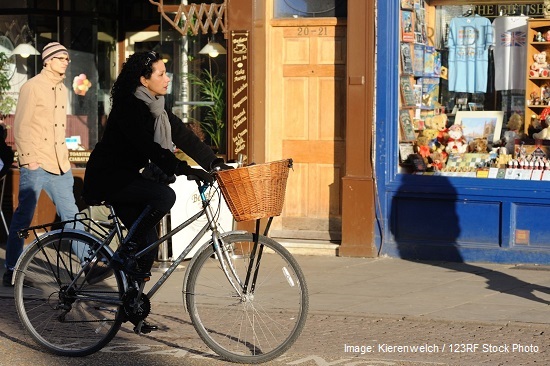 Cambridge Ahead, a group of businesses and academic organisations dedicated to making Cambridge the pre-eminent, small city in the world, has embarked on a survey which aims to reveal what the typical employee of a Cambridge business or organisation feels about their current quality of life.

Cambridge Ahead asking 30,000 employees for their views

The survey has come about because at the heart of Cambridge Ahead’s membership, which includes Addenbrooke’s Hospital, Anglia Ruskin University, AstraZeneca, ARM, Bidwells. Cambridge University, Mills & Reeve and Marshall Group, is concern at the ability to recruit and retain talent against increasing competition from London.

Ian Mather, chairman of Cambridge Ahead, said: “Cambridge may well be a world class economic powerhouse that punches way above its weight – £13billion in real terms – but this is only sustainable if its quality of life offering measures up to the allure of other towns and cities.

“In simple terms, if house prices here match London but getting into and around Cambridge is difficult because of poor transport infrastructure, below-average education standards due to poor funding, and not enough to do at night by way of entertainment, why not just work and live in London?”

The survey, which is administered by RAND Europe, an independent research institute in Cambridge and member of Cambridge Ahead, asks respondents not just about overall quality of life but also for more detail on their use and the quality of local services across a range of areas, including health and transport.

Cambridge Ahead is well-positioned to conduct the survey as its current membership of 28 organisations contributes the majority of the target audience, with the balance coming from employees of the three councils, and John Lewis. In total, this represents over 30,000 employees, approximately 30 per cent of the total working population of Cambridge.

It is hoped that the results of the survey will enable Cambridge Ahead to work alongside other organisations and the Government to find ways to improve the quality of life for all workers in Cambridge.

The main aim is to share the data so that the County, District and City Councils, The Greater Cambridge Greater Peterborough Enterprise Partnership, the Cambridgeshire Chambers of Commerce and other business-led organisations will be better-positioned to understand the issues presented and to prioritise where action is needed.

About Cambridge Ahead
Cambridge Ahead is a business and academic member group dedicated to the successful growth of Cambridge and its region in the long term. Our vision is for Cambridge to be the pre-eminent, small city in the world.

The group aims to represent the city’s business community and its partners who share its vision, by offering soundly-based opinion and be an advocate for Cambridge to local and national governments about the opportunities and needs of the region. At any one time it will have 2-5 specific initiatives with defined objectives and measurable outcomes. It is politically non-aligned.

Cambridge Ahead will represent businesses and their interests in the ‘Cambridge City Region’, which we define as places which are complementary and subject to the same influences as Cambridge. However, our work may involve us outside the region where there are directly relevant issues, for instance national transport infrastructure, science policy, and regional initiatives.

The group now has 28 full Members including the University of Cambridge, ARM, Mills & Reeve LLP, Anglia Ruskin University, PWC, Ridgeons, Addenbrooke’s Hospital, and Bidwells. The Members represent a current working population of over 25,500 people in Cambridge and a turnover of over £4billion.