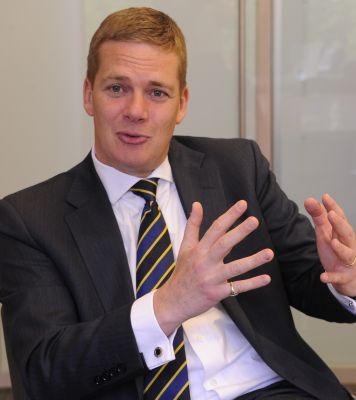 Business optimism and risk appetite have continued to rise from post-referendum lows and the effects of Brexit on corporate sentiment are easing, according to Deloitte’s latest CFO Survey.

One hundred and thirty CFOs of FTSE 350 and other large private companies participated in the Q1 2017 CFO Survey. The combined market capitalisation of the 91 listed companies who participated is £376bn, approximately 15% of the UK quoted equity market. The survey ran from 8th to 22nd March, closing before the Prime Minister triggered Article 50.

Thirrty one percent of CFOs say they are more optimistic about prospects for their company than they were three months ago, up from 27% in Q4 and just 3% immediately after the referendum. This is the highest level since Q2 2015, when 35% were more optimistic.

Seventeen percent say they are less optimistic, down from 22% last quarter and 74% after the referendum. Thirty four percent report high or very high levels of uncertainty facing their business, down from 50% last quarter.

Risk appetite continues to climb but remains below long term averages. Twenty six percent say now is a good time to take risk onto their balance sheets, up from 21% in Q4 and 8% after the referendum. However, this compares to 51% 12 months prior to the referendum.

CFOs are shifting away from defensive balance sheet strategies. Thirty four percent say increasing cash flow is a strong priority, down from 41% in the previous quarter, while 42% say they will focus on cost reduction, down from 45%.

Meanwhile, CFOs continue to warm to expansionary measures. Twenty two percent say that increasing capital expenditure is a priority for their business, up from 14% in Q4 and 7% following the referendum, while 41% say introducing new products and services is a priority, up from 36%.

Brexit remains the top risk for CFOs but the degree of concern has fallen to levels similar to other risk factors. On a scale of 0-100 they rate Brexit as 55, down from 62 last quarter. Deflation and economic weakness in the euro area is rated at 40, down from 52 in Q4, while weakness in emerging markets fell from 38 to 35. Both are at the lowest levels since this question was introduced in Q4 2014. Policy uncertainty and greater protectionism in the US is at 47 while the influence of insurgent parties in the Netherlands, France and Germany is at 38.

Ian Stewart, chief economist at Deloitte, said:“The Brexit shock that hit corporate spirits last June has eased. Optimism among CFOs has hit an 18-month high and uncertainty has fallen from a post-referendum record high to levels last seen in early 2016.

“Brexit still tops the risk list, although at a lower reading than the last two quarters. CFOs believe the Brexit headwinds have eased and see far less damage to their spending plans than earlier expected. While most still see Brexit having an adverse effect on the business environment, even here the degree of negativity has fallen.

“Crucially, two longstanding sources of risk - concerns about weakness in emerging markets and the euro area - have fallen significantly. The decline in concern about the euro area is the largest recorded for any risk factor, indicating growing confidence about Europe’s recovery.

“A more stable environment has bolstered corporate risk appetite and a laser-like focus on cost control and building cash flow has softened, with more weight placed on capital spending and expansion.”

Paul Schofield, Practice Senior Partner for Deloitte in Cambridge (pictured), said: “The UK’s exit from the EU is a long and uncertain process and business sentiment is changeable. But it is clear from this survey that the UK corporate sector enters the negotiation phase of Brexit in far better spirits than seemed likely in the months after last year’s referendum vote.

“Businesses will hope that the UK can secure the best possible deal on trade and market access, but must continue to plan for an exit in 2019, several years of trade negotiations, and a transitional phase to bridge the two. For many businesses, including our own, access to skills is one of the most pressing issues they face. I believe mobility of people should be as high a priority as trade in the future negotiations. If we are to maintain the UK’s status as an open and thriving economy we must retain the diversity of skills that has helped our nation flourish.

This is the 39th quarterly survey of Chief Financial Officers and Group Finance Directors of major companies in the UK.

130 CFOs participated, including the CFOs of 25 FTSE 100 and 53 FTSE 250 companies. The rest were CFOs of other UK-listed companies, large private companies and UK subsidiaries of major companies listed overseas. The combined market value of the 91 UK-listed companies surveyed is £376 billion, approximately 15% of the UK quoted equity market.