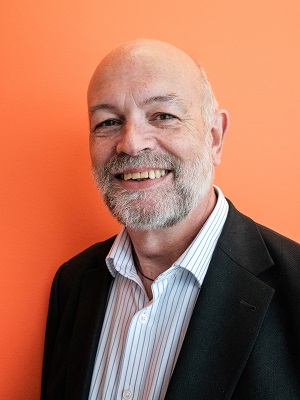 Tony Raven, CEO of Cambridge Enterprise at the University of Cambridge, has been awarded the Lifetime Achievement Award by Global University Venturing (GUV).

Asked to reflect on his professional life, Raven begins by quoting Steve Jobs: “You can't connect the dots looking forward; you can only connect them looking backwards.”

In other words, Raven explains, his career only looks like a coherent plan in retrospect. As it unfolded, he says, it was a “series of serendipitous moments” taking him places he never imagined.

True though that may be, Raven’s professional life has been shaped by a few fundamental traits, chief among them copious levels of intelligence, optimism, humour, confidence, curiousity and openness to experience. Raven doesn’t quote the second part of Jobs’s thought, but it seems apposite: “You have to trust that the dots will somehow connect in your future. You have to trust in something—your gut, destiny, life, karma, whatever”.

Looking back, Raven divides the lines and points of his career into three groups: academia, entrepreneurship and tech transfer. In the first set, highpoints included graduating with a First in Physics from Manchester University and earning his MSc and DPhil at the University of Oxford. He then worked at Osaka University and Rutherford Appleton Laboratories where he worked on laser fusion.

What caused him to jump off the academic trajectory? Raven says the decisive moment came when he was up for a promotion and was told that he was too young. In response, he decided to “take a look around” and see what other paths he might try. He ended up joining Cambridge-based PA Consulting in 1983.

The next line of Raven’s career properly starts in 1985, when he co-founded Summit Technology. The company eventually became the market leader in laser refractive surgery and was acquired by Nestle Alcon in 2000 for $893 million.

In 1987 Raven co-founded a second company, Cambridge-based Sagentia Group plc, based in Harston. A technical and management consultancy, it is listed on the London Stock Exchange.

In 1991 Raven founded Diomed Inc, a pioneer and world leader in therapeutic medical diode lasers. He served as CEO and deputy chairman there until 2000.

After his third exit, Raven decided to take a two-year sabbatical. Six months in, however, he found himself bored. Serendipity struck again. The government had recently enacted three programmes—HEROBaC, University Challenge Seed Funds and the Science Enterprise Challenge—to encourage universities to move into commercialising their research outcomes.

Headhunters called Raven on behalf of several universities that had won awards and needed to hire someone to figure out what to do with the funds. Raven wasn’t interested in going to the ones with the money, however. It was the University of Southampton, which had not won a government award, that drew him.

What appealed to him? The university’s conviction that commercialisation was important backed up by the fact that they had scraped together the resources to hire someone to turn things around. Raven became Southampton’s Director of Research & Innovation Services in 2000.

The university’s belief in tech transfer and Raven’s drive were a happy match. Within a year, Southampton had submitted new bids. It soon became the most successful bidder in the whole scheme and earned an international reputation as a leading entrepreneurial university. When he moved on in 2011, Raven left behind a stout portfolio of 11 spin-out companies with four listings on the London Stock Exchange.

Among Raven’s other accomplishments during this period was devising, together with IP Group (then Beeson Gregory), what would become their model for financing university spin-outs in exchange for equity. This model has been widely replicated and now supports many universities in the UK and USA in funding their spin-outs.

Between 2003 and 2005 Raven also led negotiations with Inland Revenue, resulting in a specific exemption for academics from a change in taxation on the transfer of IP to their spin-outs, a punishingly high tariff that had inadvertently created an instant chilling effect on spin-out activity.

When Raven left Southampton University in 2011, serendipity intervened again. Curious about how best to reconnect with the Cambridge ecosystem, he phoned Teri Wiley, then Chief Executive of Cambridge Enterprise. She told him she was leaving Cambridge to return to the States and introduced him to the headhunters handling the search for her replacement.