A paper on how US railroads can manage the risks of declining coal haulage wins the annual Cambridge-McKinsey Risk Prize announced at Cambridge Judge Business School. 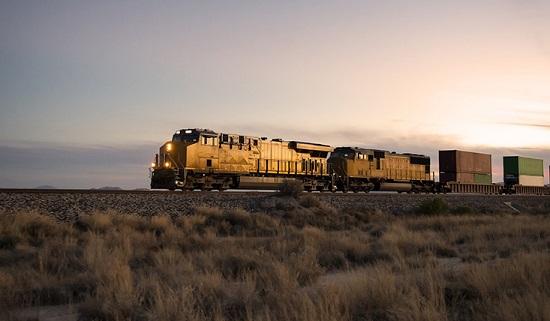 A paper analysing how US railroads can manage the risks associated with the loss of lucrative coal transport as the global energy market changes won the annual Cambridge-McKinsey Risk Prize, run by the Cambridge Centre for Risk Studies in conjunction with McKinsey & Company.

The winning paper – entitled ‘I Think I Can, I Think I Can’: Can US Railroads Navigate the Decline of the Domestic Coal Industry? – was written by Steven Cooney, an Executive MBA graduate of Cambridge Judge (EMBA 2015) and a serving military officer with the US Marine Corps.

The prize was announced on 23 June at Cambridge Judge Business School by Dr Sven Heiligtag, Principal of McKinsey & Company, at the 2017 Risk Summit of the Cambridge Centre for Risk Studies.

“Rail firms need to more actively consider the future of the coal industry in their enterprise risk management systems and make investment and disinvestment decisions accordingly,” says the winning paper.

Specifically, the paper said that railroads need to analyse the cost of production at the coal mines they service and estimate future production levels at various price points; and they need to evaluate the likelihood that individual power generators are likely to switch from coal to alternative power sources, or shut down.

“By combining those two analyses the firms will be able to understand how a drop in coal demand would impact their current clients, both producers and consumers,” says the paper. “This will allow individual firms to assess to viability of their current footprint and develop contingency plans for different levels of coal demand. It will also identify opportunities for mergers and acquisitions and partnerships, as changes in the competitive landscape will present opportunities as well as risks.”

Railroads transport about 70 per cent of US coal used for domestic power consumption, but coal-based electricity production fell by 46 per cent between 2006 and 2016, according to the US Department of Energy, as utilities shifted to cleaner forms of generation and natural gas prices declined due largely to shale gas production.

Management of such large railroads face crucial decisions in the years ahead, and risk evaluation is a big part of such deliberations.

“A significant amount of railroad infrastructure, from trackage to train maintenance facilities, is oriented to supporting coal transportation,” the paper says. “If the coal industry continues to decline or collapses, divesting these assets in a timely manner would be financially prudent and prevent the firms from having to be burdened with unproductive assets.

“However if railroads divest too soon it would result in a loss of quality revenue that would likely be quickly picked up by a competitor. Given the magnitude of these firms, the assets in question will certainly be measured in the billions of dollars per firm.”

The honourable mention paper by MFin candidate Ashish Srivastava, who works for the Reserve Bank of India, the country’s central bank, looks at systemic liquidity risk from the perspective of developing economies. Entitled Systemic Liquidity Risk: A Macroeconomic Evaluation, it uses relevant macroeconomic data from the Indian financial system for the purpose of analysis, modelling and interpretation.

“To summarise, this paper shows that the structural and frictional liquidity risks shape the systemic liquidity risk through the channels of funding and market liquidity risk,” the paper says. “It is therefore quite useful both for the market participants and the central bank to keep a close watch on the interaction among these risk parameters so as to better understand and mitigate the manifestation of systemic liquidity risk.”

The honourable mention paper by MBA candidate Stuart Barr, who for many years was music director and album producer for singer Dame Shirley Bassey (of Goldfinger fame), takes a look at the “upside” of risk – in contrast to a focus on risk’s downside in many academic papers.

In the paper – entitled When Jeopardy Is a Risk Worth Taking – he examines the decision by Dame Shirley to perform live rather than miming at the 2013 Academy Awards, which allowed the “adrenaline-driven emotional enhancement and spontaneity” that such live performance can deliver.

“Because the Oscars aims for the best possible show, it must allow artistes everything they need to create their best possible performances,” the paper says. “Therefore, the producer must understand that to maximise the artistic calibre of the Oscars, artistes such as Bassey need to take risks.”

Read the three papers shortlisted for the 2017 Risk Prize

Find out more about the Cambridge-McKinsey Risk Prize

Learn more about the Cambridge Centre for Risk Studies