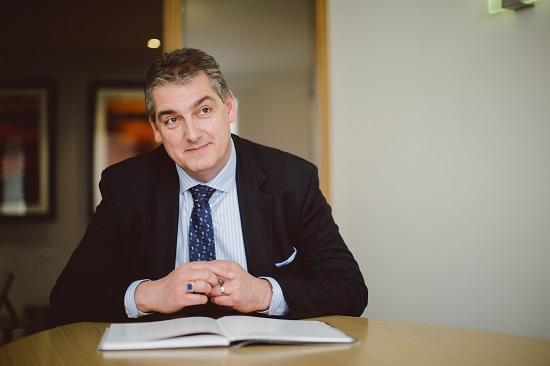 The company, described by the magazine as ‘one of the strongest in the east of England’, was ranked 26th in the country, having grown its income by more than 8% over the previous year to £26.5m.

Price Bailey was one of only four firms profiled by Accountancy, with Managing Director Martin Clapson (pictured) interviewed about the company’s success. With the 2017 league table ranking announced shortly before the firm was named in The Sunday Times Top 100 Companies to Work For 2018, Martin was quick to point to Price Bailey’s people as crucial to the success of the business.

“Although league tables are only one measure of success, it’s great to see our performance over the past 12 months recognised in such a high-profile way nationally, and it’s good for clients to know that they are being advised and supported by one of the best accountancy firms in the country,” said Martin.

“One of the key reasons behind that success has been the efforts and commitment of the Price Bailey team. We know it’s crucial to recruit and retain the right people, to offer staff the best opportunities for training and development, and to maintain a focus on leadership, personal growth and employee engagement. We’ve been able to build a team who are not only technically good people, but who also care about their clients and the firm.

“As a result, over the last few years we have grown our top line by 25%, and profits have grown as well. All parts of the firm – including outsourcing, bookkeeping, insolvency, audit and strategic corporate finance – are growing well. And while we wouldn’t rule out further acquisitions if the right opportunity comes along, at the moment we are very happy to be achieving this growth organically.”

Price Bailey, which celebrates its 80th anniversary this year, has offices across the eastern region including Bishop’s Stortford, Cambridge, Ely, Norwich and Sawston, as in the City of London and Mayfair, and in the Channel Islands and the Caribbean.