University Superannuation Scheme - what has happened? 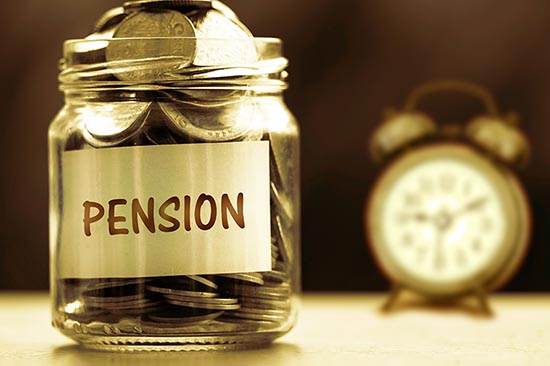 Paul Fox of NW Brown provides some guidance to the issues around the Universities Superannuation Scheme (USS), a brief explanation of the scheme, and the causes of contention.

The industrial dispute between Universities UK (UUK) and the University and College Union (UCU) caused strikes to develop across the country, as academic staff and their supporters protested proposed changes to the Universities Superannuation Scheme (USS).

What is the USS, and how does it work?

The USS was established in 1974, and is one of the largest private pension schemes for academic staff, with over 400,000 members. It is a ‘Defined Benefits’ scheme, which at retirement provides a portion of salary (currently 1/75th per year of service), increasing by the Consumer Prices Index (CPI) each year - subject to certain caps.

The retirement benefits will vary depending upon the date the member joined. Originally the scheme was on a ‘final salary’ basis, whereby the ‘1/75th’ was based upon final salary upon leaving employment. However, for members joining after 2011, the USS now offer a pension on a ‘career average’ basis - i.e. 1/75th of the average pay across your career, capped at a maximum salary of £55,550.

To fund its obligations, a defined benefit scheme receives and invests ongoing contributions from its active members and their employers. Currently this is 8% of salary for employees, and 18% for employers.

What are the problems facing the USS?

Many defined benefit schemes have faced a shortfall in the funds required to meet their income commitments. Reasons for this will naturally vary from scheme to scheme, but three major problems are:

Consequently, we have seen a great deal of defined benefit schemes closing to new members, being bailed out, or in severe conditions, collapsing, as they are unable to meet their obligations. The majority of new schemes are on a ‘defined contribution’ basis instead, whereby contributions are directly invested in the market, and the member’s available income at retirement is determined by investment returns, rather than guaranteed by the scheme.

The funding position of the USS has been a source of contention, as the deficit can differ wildly depending on the method of calculation used. For example, in July 2017, under conventional accounting rules there was a deficit of £17.5bn, whereas the USS (using a different accounting method) claimed the figure was closer to £12.6bn.

As the USS assets were valued at approximately £60bn, either deficit figure is substantial, with action required to ameliorate the situation. In December 2017 the USS wrote that if nothing else were to change, total contributions would need to rise by at least 11%, from the current level of 26% of salary.

What were the USS Proposals?

In response, the USS Joint Negotiating Committee (JNC) discussed the potential changes required for the scheme, working alongside the UUK and UCU, who each tabled their proposals.

The UUK proposals were chosen to be put forward by the JNC, which included:

The proposals have faced backlash from the UCU and its supporters, who do not want to see their retirement benefits diminish. Although naturally one cannot predict investment returns, it has been widely accepted that under a defined contribution arrangement, the income a retiree could access would be less than if they were in the defined benefit scheme. Furthermore, it lacks the protection of the inflation linked guarantee.

As unpalatable as it is to members, this is not an uncommon proposal for many defined benefit schemes which have been struggling to meet their obligations.

The UCU rejected the proposals, and successfully balloted a 14 day strike across 61 universities, which finished on Friday 16th March.

On 13th March an offer was made to retain a ‘meaningful level of defined benefits’ for all members over the next three years, but at the increased cost of 19.3% employer contributions, and 8.7% employee contributions. This unfortunately would have only provided a temporary stop-gap, rather than a cohesive, long term strategy, and was rejected by the UCU, and further strikes were planned between April and June.

A temporary ceasefire was then agreed upon, with the UUK pledging to maintain current contributions and benefits until at least April 2019, while a review of the scheme by a panel of experts takes place. This has resulted in the subsequent strikes being called off, but has yet to solve the underlying problems.

The USS has some unenviably tough decisions to make, as the problems of an ageing population and the reliance on unpredictable market returns to fund income guarantees will not simply disappear. The main options available are to close the scheme, increase contributions, reduce benefits due, or choose a combination of the three, and none of these will be welcome to its members.

This is a complicated area, and if you are a member of the USS we recommend speaking to one of our pension specialists, who would be more than happy to answer your queries, address your concerns, and discuss your options in the wider context of your overall retirement planning needs.

For more information about our wealth management services, simply complete our enquiry form, send us an email or call our Cambridge office on 01223 720208.