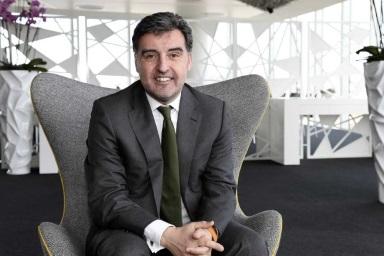 The UK economy will experience tepid growth in 2018 due to a combination of higher inflation, reduced consumer spending and a loss of momentum in the eurozone economy, says the latest forecast from the EY ITEM Club.

A weak first quarter, with GDP rising by 0.2% quarter-on-quarter (q/q) gave the economy a bad start to 2018. However, with a rebound in consumer activity in Q2 and a positive set of business surveys the EY ITEM Club expects Q2 economic growth to be 0.4%.

Howard Archer, chief economic advisor to the EY ITEM Club comments: “When the EY ITEM Club Spring Forecast was published in April, hopes rested on the economy making up the output lost in the first quarter and bouncing back to a more ‘normal’ rate of expansion in the second quarter. Those aspirations have been met with mixed results.

“Strong retail growth in April and May and some signs of green shoots in the new car market point to the consumer sector staging a decent recovery from weather-related weakness earlier in the year. But the more ‘physical’ parts of the economy, manufacturing and construction, have shown less momentum, with the former possibly held back by an unexpected slowdown in the eurozone economy. The hoped-for boost to consumers’ purchasing power from falling inflation is now also looking more fragile because of the rising price of oil and hikes in energy bills.”

The strength of the jobs market, including a record high employment rate, offers some counter to rising price pressures in supporting consumer spending. After increasing by 1.4% in 2016 and 1% in 2017, the EY ITEM Club sees employment rising by 1.2% this year before growth slows to 0.5% in 2019. However, following hopes earlier in the year that pay growth was finally starting to respond to an increasingly tight jobs market, more recent wage numbers have disappointed. Moreover, with the household saving ratio hitting a record low of 4.1% in 2017 and continuing to decline in the early part of this year, the scope for consumption to be supported by saving less is looking more limited.

Collectively, these developments mean that the EY ITEM Club forecasts growth in household disposable income to be 1.3% in 2018 and 1.4% in 2019. A return to pre-financial crisis ‘normality’ (annual real income growth averaged 3.1% in the 10 years to 2007) remains a distant prospect. As a result, the EY ITEM Club has maintained a downbeat view of prospective growth in consumer spending, which is expected to run at 1.3% this year, before picking up to 1.5% in 2019.

…One rate rise in 2018 offers a silver lining though

One silver lining for consumers is that the EY ITEM Club now expects the Monetary Policy Committee (MPC) to push through only one 25 basis points interest rate rise this year. This will most likely be in August, although a delay until November is possible. Further ahead, the EY ITEM Club expects two rate hikes in 2019, in May and November, with a pattern of rises occurring every six months thereafter until Bank Rate levels off at 2.5% in 2022.

Following a soft first quarter this year with GDP growth of 0.4%, momentum in the eurozone economy has underwhelmed. In fact, the composite Purchasing Managers' Index (PMI) for the eurozone in May fell below the UK’s for the first time in 16 months. However, growth in the US has held up well.

In addition, the boost to exporters that was provided by a weak pound is receding as the currency strengthens. Growth in exports, which stood at 5.4% in 2017, is forecast to drop by the EY ITEM Club to 1.9% in 2018 before rebounding to 2.6% in 2019. As a result, the EY ITEM Club forecasts net trade to make a reduced positive contribution to growth in 2018 compared to 2017, and to marginally detract from output in 2019.

Growing global protectionism, with the early summer seeing a number of tariffs imposed or threatened between the US and some of its major trading partners, could make a cloudy global outlook positively stormy. However, the UK’s relatively small manufacturing sector and the nature of its exports should provide a degree of insulation from any trade disputes, compared to some other advanced economies.

Business must look beyond the short-term

Mark Gregory, EY’s chief economist comments: “Businesses should be prepared for a low growth economy over the next three years. Regardless of the outcome of the Brexit negotiations, the resulting adjustment is likely to act as a drag on the economy. Plus there are a number of risks to be navigated around consumer spending, higher inflation and global macro-economic uncertainty.

“Forward thinking is essential and businesses must position themselves for a potentially challenging few years. The recent announcements from UK retailers on job losses, restructurings, store closures and new alliances and partnerships should be seen as a call to action. This sector is first in line to face the emerging challenges but other sectors will soon find themselves facing similar pressures. Being prepared will be a major advantage when the time comes.”