Deloitte CFO Survey: CFOs believe UK will be worse off as result of Brexit 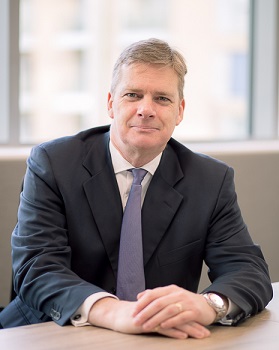 Approximately 80% of CFOs say they expect the long-term business environment to be worse as a result of leaving the EU, according to Deloitte’s latest CFO Survey.

CFOs are also more negative on the effects of Brexit on their own hiring and spending decisions, with more than half saying that hiring will slow over the next three years.Of the CFOs surveyed, 49% also said that their capital expenditure will slow, an increase from 44% in Q3. While increasing in each of the last three quarters, neither is as high as they were immediately after the referendum.

Ian Stewart, chief economist at Deloitte, said:“This survey shows that uncertainty over Brexit is driving a marked shift towards defensive balance sheet strategies among British businesses. With the UK’s growth prospects heavily dependent on the so far uncertain nature of its exit from the EU, corporates are cutting back on capital expenditure and hiring, focusing instead on cost reduction.

“Corporates are positioned for the hardest of Brexits, with risk appetite at recessionary levels and an intense focus on cost control. Businesses seem to be increasingly pricing in a worst-case outcome. Anything better, including a delay or a deal, could deliver a Brexit bounce in sentiment.”

CFOs continue to focus on defensive strategies for the coming twelve months, with 56% citing cost control as a strong priority, compared with 53% in Q3. This is followed by increasing cash flow, a priority for 47% of CFOs, down from 48%.

Risk appetite has dropped to a nine-year low and expectations for revenue growth are down to the lowest level since the EU referendum in 2016. Expansionary strategies such as introducing new products and services, increasing capital expenditure and expanding by acquisition have fallen out of favour. CFOs have now adopted their most defensive mix of strategies in nine years.

"This reflects what we are hearing from CFOs and boards locally. Given the ongoing Brexit uncertainty, this attitude is understandable and demonstrates that business urgently needs clarity about the UK’s future relationship with the EU. Unless a favourable deal is agreed, it seems likely that this current lack of appetite for investment or recruitment will continue.”