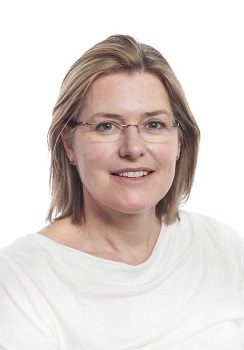 A Cambridge surgeon has developed an innovative device which increases the chances of detecting cataracts and an aggressive cancer called retinoblastoma in new-born babies and infants. It is expected to save vision and lives.

Cataract, an opacity within the eye lens, is the world’s leading cause of child-blindness and early detection and surgery is vital before a baby is ten-weeks-old to prevent lifelong visual impairment. Retinoblastoma affects children under five and often both eyes. It can be cured and vision saved, if caught early.

Both conditions can be detected using a red-reflex test, similar to “red eye” in flash photography, since they either block or change the colour of the reflection from the back of the eye. All babies in developed countries have a red-reflex screening check twice in the first two months of life with a bright torch, called an ophthalmoscope.

In the UK the check is carried out by midwives and GPs, but the red-reflex can be difficult to evaluate especially in new-borns, and non-Caucasian children due to eye pigmentation. Missed cases can result in delayed treatment causing permanent visual impairment and worsening the prognosis for retinoblastoma.

Miss Allen developed Neocam after seeing families where outcomes could have been improved by quicker referral, and families which suffered needless anxiety about false positive screening.

Neocam optimises cataract and retinoblastoma detection by using two different light sources. The pupil of the eye remains large and there is no aversion response, making testing easier.

Studies using a prototype confirmed significantly improved accuracy in detecting cataract and midwives found it easy to use. Neocam is currently being trialled in a large study in Africa sponsored by the International Agency for the Prevention of Blindness and a UK multi-centre trial is planned this year.

Further development will enable documentation of images on eRedbook, a newly digitised child health record, and telemedicine, which is the remote diagnosis and treatment of patients by specialists using telecommunications technology.

Miss Allen said: “Many of the babies for whom I perform cataract surgery are referred too late to get an optimal result. I also see many babies, usually of non-caucasian ancestry, whose screening is falsely positive and whose parents have been through needless worry. I train midwives and GPs on how to perform the current red-reflex test and hear their concerns about it.

“Neocam is designed to be an affordable, easy tool for screening. An exciting future step will be the development of a diagnostic capability using computer learning from the trial images which, I hope, will prevent many cases of avoidable visual impairment world-wide.”