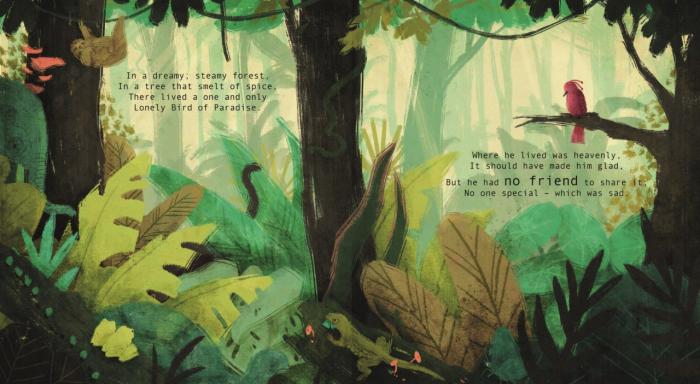 Ellan Rankin from Anglia Ruskin University (ARU) has won a major national award, which comes with the opportunity to publish a book with Hodder Children’s Books, an imprint of Hachette Children’s Group.

The MA Children's Book Illustration student has been named as this year’s winner of the Carmelite Picture Book Prize.  In addition to illustrating a new book written by Jeanne Willis, Ellan has received a cheque for £1,000.

Second place, which comes with a £500 prize, has been awarded to fellow ARU student Fiona Fogg.

The competition, run by the Hachette publishing group and open to students from across the UK, asked entrants to illustrate the text for One and Only, about a lonely bird of paradise who longs to have a friend. 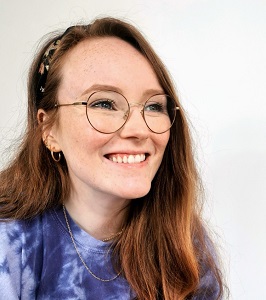 Ellan (pictured right), who is from Northern Ireland and has been studying at ARU’s Cambridge campus, said: “I loved Jeanne Willis’s text for One and Only.  It had this beautiful mixture of sadness and humour and I had a lot of fun trying to capture this within the imagery.  Winning the Carmelite Prize is such an incredible opportunity and I’m so thankful to Hachette Children’s and everyone involved.

“Over the past few years I’ve seen artists and creators, who I admire, enter the competition and become successful.  For me to now be a member of that group,  I’m just shocked and amazed!  It means so much to be associated with such a talented bunch, and to be able to make a connection with a publisher that I admire.”

Author Jeanne Willis said: “It was an honour to be asked to write a story for the Carmelite Prize and I was really looking forward to seeing how the artists would interpret my words.  When judgement day came, I wasn’t disappointed.

“The variety, skill and the level of creativity shown in the entries was outstanding and although there can only be one winner – and she is perfect for this text – I’d be proud to have future books illustrated by any of the other emerging talents on the shortlist if I should be so lucky.”

Sophie Stericker, Group Creative Director at Hachette Children’s Group, said: “Now in its fifth year, we are delighted The Carmelite Prize continues to be such a popular competition for so many illustration students.

“We had a huge number of outstanding entries, despite the unusual circumstances, which is great testament not only to Jeanne’s wonderfully vivid and playful text, but also the determination and resourcefulness of all those students who entered while unable to work from their faculty studios.

“As always, choosing the overall winner is agonisingly difficult, but Ellan’s stylish, child-friendly, light-hearted work was our unanimous first choice.”

Ellan is also one of a number of ARU students and graduates to have been shortlisted for the 2020 World Illustration Awards, which will be announced this autumn.  Ellan is shortlisted for her work The Curry Bird.