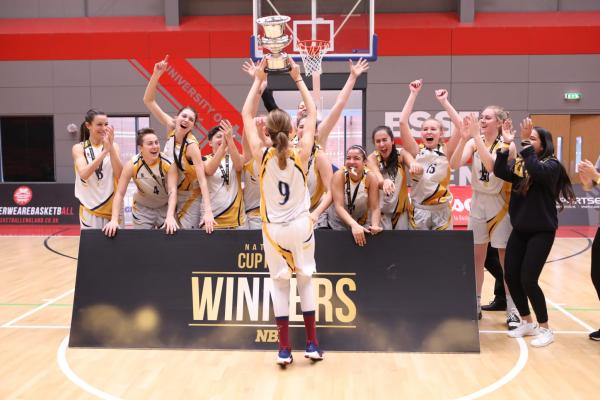 Former Welsh international player Lloyd (right) joins the programme following several seasons serving as an assistant coach at the University of Essex and having recently completed his Masters in Sports Administration and Fitness Management at the University of Houston, USA.

ARU Basketball Head Coach, Matthew Harber, said: “We have worked exceptionally hard during recent years to build a solid foundation for our women’s team to enjoy long-term successes and I’m confident that Jacob is the right person to continue supporting all of our members in their development and to drive the overall standard of the team forward.”

Lloyd, who is set to begin pre-season preparations with the women’s team ahead of a return to competitive fixtures next month, said: “I am delighted to have been appointed and to be joining the ARU family.

“When I returned to the UK from Houston, I was very particular about the coaching role I was looking for, and I wanted to join a programme that was driven by the development of athletes and people.

“My initial discussions and previous experiences with Coach Harber left me in no doubt that this was the right place for me, as the ambitions and philosophy mirrored my own.”