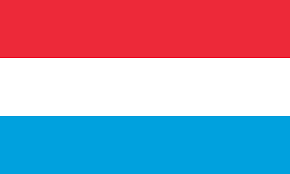 Luxembourg, officially the Grand Duchy of Luxembourg, is a small landlocked country in western Europe.  It is bordered by Belgium to the west and north, Germany to the east, and France to the south.

Its capital, Luxembourg City, is one of the three official capitals of the European Union and the seat of the European Court of Justice. Its culture, people and languages are highly intertwined with its neighbours, making it a mixture of French and German cultures, as evident by the nation's three official languages: French, German, and the national language, Luxembourgish.

Luxembourg's prosperity was formerly based on steel manufacturing, but with the decline of that industry, Luxembourg diversified and is now best known for its status as Europe's most powerful investment management centre.

Despite its tiny size, Luxembourg is a cosmopolitan country, with more than 46% of the population consisting of foreign residents. There are more expats living here than in any other European country. 86% come from other EU countries. Over a third (37%) of Luxembourg’s migrant population is Portuguese, 14% are from France, followed by Italians and Belgians with 8% each. All in all, the expat community represents around 160 nationalities living in Luxembourg.

The majority of Luxembourg’s population (605,000) live in the southern part of the country, with about 20 percent residing in and around the capital, Luxembourg City. Esch-sur-Alzette, Differdange and Dudelange are the next three large towns.  Crime rates are low, the atmosphere is casual, and people go about their lives with a “live and let live” approach. While Roman Catholic is the dominant religion, the country recognises many other religious beliefs.

Luxembourg is expensive in comparison to its neighbouring countries. Many expats claim to spend more than double what they are used to on daily items. The locals take a bus or train to Germany, Belgium or France instead, for purchasing items like clothes, toiletries, household appliances and even food. Shopping outside of Luxembourg is the most widely-shared ‘secret’ to saving money.

Luxembourgers are very respectful to authorities, hierarchies, and have always shown attachment to structure – everybody does their job, at the right place.  Consequently business and negotiations can be time-consuming and decisions reached gradually as protocols and administrative procedures are adhered to.

The working atmosphere in Luxembourg is generally collaborative and consensus-based. Punctuality is taken extremely seriously.  Assertiveness or criticism is seen as rude.  If change must be implemented, communication and common sense will prevail. New ideas and methods must first be proven to work elsewhere in order to be accepted. Luxembourg’s motto ‘mir wëlle bleiwe wat mir sinn’ (we want to remain what we are) reflects this belief as well as the country’s wish to remain independent after centuries of battles with other countries.

Although friendly and informal with close friends and family, the Luxembourgish are often quite reserved and formal when dealing with outsiders. They do not particularly show their emotions, prefer subtlety to directness and generally dislike loud or assertive behaviour.  Similarly, they prefer to keep a distinction between their personal and business lives so they do not ask personal questions and will feel uncomfortable if you are over familiar or intrude on their privacy especially at the start of your relationship-building.

Luxembourgers prefer to take time to develop a relationship before they trust people. They approach the task of getting to know you in a deliberate and measured manner, which cannot be rushed. Building a relationship requires the demonstration of a sincere interest in the country and the people. Thus, it is imperative to understand the history, culture and identity of Luxembourg.

The most common greeting is a brief handshake. Very close friends kiss each other on the cheek three times. The locals use an honorific title like Monsieur (for men) and Madame (for women) with the surname to address one another. Family and friends use first names to address each other.  Common greetings include “Moien” (“Morning), “Gudden Owend” (“Good evening”) and “Wéi geet et?” (How are you?).   The French “Bonjour” (“Good day”) is also used.

What is Luxembourg the only remaining example of in the world?

Inspired? If you want to learn how you can work more effectively with your Luxembourg colleagues, clients or supplier, contact us for a 'Working Effectively with...' sample course outline'.