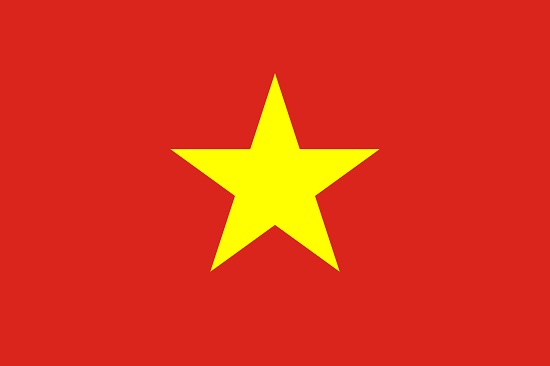 Every year since, the country commemorates this day for the reunification between the North and the South into the Socialist Republic of Vietnam as we know it today. Streets in big cities like Hanoi, Hue, Da Nang and Ho Chi Minh City are decorated. As this holiday is scheduled a day before Labour Day, it is the start of a welcome two-day holiday. Many people take the time to return to their families.

After years of growth, Vietnam’s population reached about 97 million in 2018. Currently, 70% of the population is under 35 years of age. But the population is rapidly aging. There is an emerging middle class – currently accounting for 13% of the population, but expected to reach 26% by 2026. Vietnam is today a significantly more educated and healthy society than twenty years ago, and these qualities are equitably distributed.

Over the years, China has influenced Vietnam, significantly shaping the country’s traditional culture, customs and ideologies. However, the Vietnamese have strived to maintain a distinct identity.

Shared cultural norms include the concept of face. This is the quality embedded in most Asian cultures that indicates a person's reputation, influence, dignity and honour. By complimenting people, showing them respect or doing something to increase their self-esteem, you give them face. Similarly, people can lose face by being criticised or behaving in a way that is considered socially inappropriate. People speak quite indirectly and politely as one’s speech is assumed to reflect their virtue.

Many Vietnamese may have a fatalistic attitude and take a more reactive approach to problems as opposed to proactive action. This is influenced by the Buddhist belief that what one did in their previous life determines what they experience in their current life – “to the same degree, they reap today what they have sown in the past”. This view can make some Vietnamese quite receptive and resigned to difficult situations, as they may believe the circumstances are the result of a predetermined destiny.

The value of ‘khiêm tốn’ (modesty and self-restraint) is also central to Vietnamese life. Vietnamese people often show a great deal of humility by self-humbling and downplaying emotion and communicating indirectly. This disposition is thought to maintain more harmony.

Vietnam is a hierarchical culture in which everybody has a place. Hierarchy in an organisation is seen as reflecting inherent inequalities, centralisation is popular, sub-ordinates expect to be told what to do and the ideal boss is a benevolent autocrat. Challenges to the leadership are not well-received.

Furthermore Vietnam is a collectivistic society. As with members of the immediate family, members of the extended family are bound together by a strong sense of collective responsibility and mutual obligation. In the social and business world, this strong sense of loyalty to the extended family tends to encourage the spirit of sectarianism and nepotism.

As in most cultures, non-verbal communication plays an important role in Vietnamese society.

Vietnamese people tend to keep their distance from their immediate supervisors and not to disclose their feelings and thoughts directly to their bosses. Therefore, they usually share their work-related concerns with co-workers and/or family members and seek feedback or advice from these people. Should Vietnamese be interested in discussing sensitive or controversial issues with their supervisors/managers, they would prefer to raise these issues in a one-to-one informal discussion regarding their problems/challenges, rather than raising them during formal meetings.

Family is a crucial part of a Vietnamese person’s life; sharing pictures of your family may be a good idea. They may ask you about your marital status, how many children you have, and may even want to know your salary. They’ll also want to know what you think of Vietnam (your thoughts on the people, the food, the customs, etc.). Avoid politics during your initial contact.

In Vietnam, offices are usually open from 7:30/8:00am to 4:30/5:00pm. However, in local governmental organisations, employees tend to have a long lunch. In addition, in these organisations, deadlines and work schedules may not be strictly followed.

Vietnamese love to eat, so when meeting with people for the first time, it is always appreciated if you take them out for lunch afterwards. This really does make a significant difference in building relationships as does saying a few words of Vietnamese. A very common Vietnamese phrase used at first meetings is “Xin Chao”, which can be used for greeting people of different ages and bidding farewell to them.

Vietnam is the world’s largest exporter of which food product?