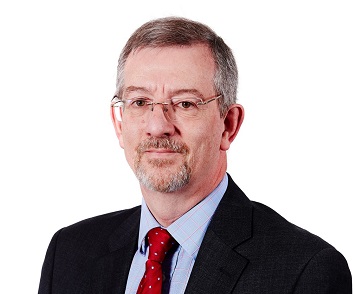 Birketts has assisted Mike Montgomery, the founder of renowned British games developer, The Bitmap Brothers (Bitmap), in the sale of its entire portfolio to independent game studio, Rebellion Developments, for an undisclosed amount.

Founded in 1987 by Mike Montgomery, Bitmap’s brand is synonymous with titles such as Xenon, Z: Steel Soldiers, Speedball, and Chaos Engine. Having acquired the full Bitmap portfolio, Rebellion aims to bring Bitmap’s library of popular titles from the late 80s and 90s to modern platforms, as well as to create new releases based on previous material.

In addition to computer game development, Oxford-based Rebellion, has diversified in to the production of board games, as well as film and TV. It has experienced impressive growth over the last decade, acquiring British comic series 2000 AD, Elixir Studios and Radiant Worlds.

The transaction was led by Nigel Thompson (Intellectual Property) (pictured).

Mike Montgomery, founder of The Bitmap Brothers, commented: “It was a difficult decision to part with The Bitmap Brothers’ name and its portfolio, but I was pleased to be able to turn to Nigel, with whom I have worked for many years, and to draw upon his wealth of experience and knowledge to help me through the sale process. As I would expect, Birketts' advice and client service was exemplary.”

Nigel Thompson, Partner, commented: “Birketts has acted for Mike Montgomery for many years and whilst it was a big step for Mike to agree to sell to Rebellion the Bitmap name and portfolio, I was pleased to be able to help Mike through the sale process.”