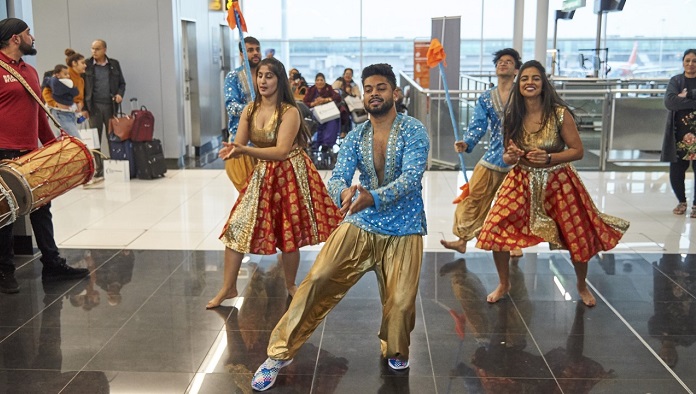 London Stansted was filled with the sights and sounds of India yesterday (Thursday) as a dazzling Bollywood dance troupe greeted passengers to celebrate the inaugural Air India flight to Amritsar.

The new three-times a week service, operated by a 256-seater Boeing 787 Dreamliner offering both business and economy class, is the only direct service between London and Amritsar and the first ever scheduled service from London Stansted to India. The aircraft also featured a specially painted tribute to mark the 550th anniversary of the birth of Guru Nanak Dev ji, the founder of the Sikh religion.

Air India’s arrival is another positive step towards Stansted’s goal of developing a significant long-haul route network at the airport and joins the extremely popular twice-daily Emirates service to Dubai that launched last year. 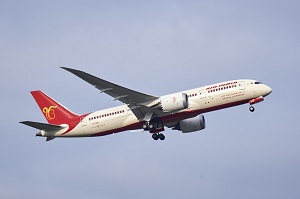 London Stansted’s CEO, Ken O’Toole, said: “We are delighted to welcome Air India to London Stansted for the launch of our first ever scheduled service to India, and the only direct link between any London airport and Amritsar. This service is a great addition to our long-haul offer and a clear reflection of the huge demand that exists across North and East London and the East of England for convenient and affordable connections to India.

“We have made clear our ambition is to provide passengers with more choice and opportunities to travel long-haul from London Stansted, including services to India as well as direct flights to the USA and China in particular. Delivering this new exciting new service with Air India is another significant step in the right direction in meeting our goal.”

Air India’s Executive Director, Aruna Goplakrishnan, said: “India has always been an important and popular destination for not only the Indian Diaspora in UK but also for UK residents, both for tourism, pilgrimage and business interests. London Stansted is positioned at the heart of the UK's Innovation Corridor, adjoining the popular cities of London and Cambridge, which is home to many world-leading universities, research and development organisations, technology, life sciences and technology companies.

“The new route will facilitate major business opportunities in both countries and will further boost business and trade and invite investment building upon the growing business base. Furthermore, this flight will also be in great demand for the Sikh community in London, and perhaps as far away as the East Midlands, wishing to make a pilgrimage to Amritsar’s Golden Temple and elsewhere.”

Flights will operate three times a week on Mondays, Thursdays and Saturdays.