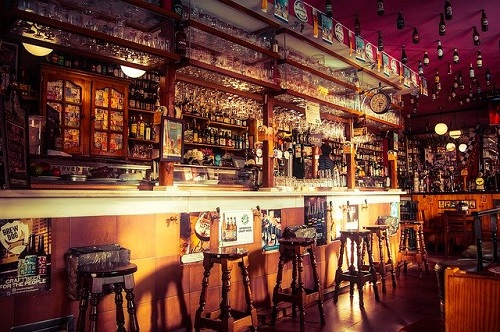 Last evening (Tuesday 31st March), was due to have been Gala Night for Cambridge & District CAMRA. Due to the Covid-19 pandemic, this event, along with all CAMRA gatherings nationwide until at least the end of June, has been cancelled.

Although our Gala Night has been cancelled, the awards will still be made. The award winners have been informed and presentations will take place once this is all over.  In the meantime we thought you’d like to know the awards and the winners, which are:

The shutdown of our social lives resulting from the current Covid-19 pandemic is having a major effect on brewers and cidermakers, pubs and clubs, their employees and their customers. The closure of pubs and clubs for on-sales will have a huge and long-lasting effect on them. Some of the large companies that own the pubs are doing little to help other than offering the licensees more time to pay the rent on buildings that will be earning the licensees nothing for the next few months. Sadly we fear that many licensees could go bust, leaving the pubs and the communities they serve in limbo. Local drinkers will also feel melancholy in May when they contemplate a year without the Cambridge Beer Festival on Jesus Green.

Despite the current situation we think it right to announce our 2020 Award Winners and praise those who have made the drinking scene in and around Cambridge so vibrant and enjoyable over the past year.

Despite being closed for on-sales, pubs with a suitable licence can offer off-sales. Some are also supplying meals and other services. Most local breweries are also able to supply individuals.

In order to highlight what is currently happening locally Cambridge & District CAMRA have dedicated a page on their website to it : Where to get beer during a pandemic.

CAMRA nationally has launched its Pulling Together campaign.

Our mental and physical health  and that of our families, our friends and our communities is incredibly important. We urge everyone to support our NHS and follow the advice given by Public Health England. We look forward to the day when we can once again drink together.

* LocAle is locally produced real ale. Cambridge & District CAMRA defines it as real ale produced by small or medium sized breweries that are either in our branch area or are within 20 miles (straight line distance) from the pub selling it.

CAMRA (Campaign for Real Ale) has 190,000 members, over 5,000 of whom are in our branch area. The Cambridge & District branch covers the City of Cambridge, most of South Cambridgeshire and some of East Cambridgeshire.

Image by David Mark from Pixabay