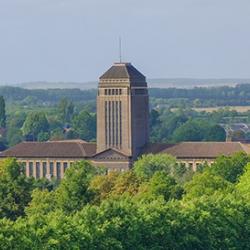 From today (Monday 31 August), audiences across the globe will be able to explore some of the treasures of Cambridge University Library on the Google Arts and Culture platform.

Cambridge University Library (UL) is the first institution of the University of Cambridge to join the platform and joins organisations such as the British Museum, Rijksmuseum and the White House, among many others, who share their collections freely, and openly, with the world.

The UL is one of the oldest university libraries in the English-speaking world, and is home to nearly ten million books, maps, manuscripts and curious objects spanning more than 4,000 years of human history, in more than 2,000 languages.

Allowing users to zoom in on objects in great detail, the images and ‘stories’ reveal the fascinating narratives behind unique objects such as the earliest Chinese book printed using the technique of douban, a printing method using different colours of ink applied to woodcut blocks, or Sir Isaac Newton’s undergraduate notebooks from his time at Trinity College, Cambridge.