Does your business need a culture reset?

What are the risks involved with letting company culture slip? No organisation is exempt from people management problems, if the culture is poor or has been neglected. 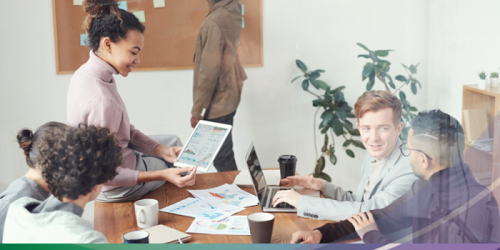 Questionable leadership, drinking in the workplace and an alleged disregard for the rules. Such staff issues aren’t usually heard coming from Downing Street, but a very public ongoing investigation has put the culture at No.10 firmly under a spotlight.

It goes to show that no organisation is exempt from people management problems, if the culture is poor or has been neglected.

Just as shocking, the Metropolitan Police is having to defend against claims of a toxic culture. Misogynistic and homophobic comments reportedly shared between officers and brushed off as banter is just one item on a long list of disturbing behaviours levelled at them. As enforcers of the law and good social behaviour, the reports go against the very nature of the police.

No leader wants to have to deal with the fallout from internal issues or bad behaviour, but the risk remains for all employers who don’t make company culture a priority.

What is company culture?

Company culture is the very essence of a business. Whilst it varies from one organisation to the next, it essentially brings company values to life, influences working atmosphere and provides a foundation upon which work and working relationships are built.

Toxic company culture can lead to reoccurring people problems: from bad behaviour, whether it’s bullying brushed off as banter, to rule breaking, or poor working habits like presenteeism.

Good company culture does the opposite. Encouraging collaboration, uniqueness, and structure for starters.

For a busy organisation, company culture maintenance can sometimes fall behind. In particular, fast-growing businesses can struggle if more people are brought onboard but not shown the ropes. That is, being introduced to the way things are done and why.

Meanwhile, some start-ups may not have established a company culture, or understand the risks of leaving this up to employees.

They do however have an advantage, along with other SMEs, in that they can adapt quicker than larger businesses with often more open communication between company owners and employees.

Making time to define and develop a positive company culture is critical for success. When linked with people strategy, it can reduce time spent dealing with reoccurring HR issues, improve workplace well-being and increase productivity.

The risks of neglecting company culture

We have seen already how reputation can be damaged through bad company culture, but there are legal and financial risks too.

Just last week an employment tribunal awarded a plumber £25,000, part of which was said to be due to him being called “Half-dead Dave” by his co-workers and management. What they had claimed to be banter resulted in an unfair redundancy selection process and age discrimination.

More and more, banter is the downfall of an employer’s defence at tribunal. To avoid these sorts of problems, a culture of respect is essential from the start.

Professional HR advice is often sought as a reactive solution to a people problem. However effective HR can also be proactive in strategising a culture reset.

Leadership has a key role to play here. From demonstrating and protecting a positive culture to setting the right example for employees to do the same.

Additionally, policies and training can help to maintain that positive culture and provide guidance on what to do if things veer off track.

If you’d like to know more about how to develop a good culture for your business, don’t forget that we are here to help.

Local businesses throughout Cambridgeshire, run by people like you, outsource their HR because it is easier and more cost effective. We tell you what you can do, not what you can’t. We are here to give practical and sensible help to sort out problems whenever you need us. When you are thinking ...