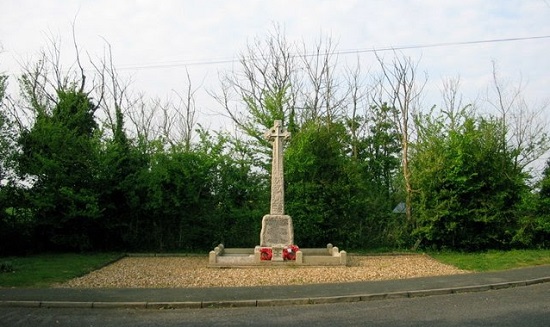 This year, as we remember the centenary of the first two-minute silence on Armistice Day 1919, the Department for Digital, Culture, Media and Sport, on the advice of Historic England, has listed 42 First World War memorials in the East of England.

The aftermath of the First World War (1914-18) saw the biggest single wave of public commemoration ever with tens of thousands of memorials erected across England. Communities across the country were coming to terms with the loss of three quarters of a million British lives, many with a final resting place somewhere in a foreign field.

Heritage Minister Helen Whately said: "War memorials have a special place in communities and remind us of those who have made the ultimate sacrifice for our country. It is right that these monuments to the brave people who sadly never returned from the First World War will now be preserved and protected."

Tony Calladine, Regional Director for Historic England in the East of England said:  “The first two-minute silence and the creation of permanent war memorials gave people across the world the opportunity to express their grief and to honour those who lost their lives in this momentous conflict. One hundred years on, the stories of the people whose names are etched on these memorials still resonate with us as we commemorate the fallen in this time-honoured manner.”

The Wimpole and Arrington War Memorial (pictured/Image copyright: Lorraine and Keith Bowdler)  stands at a junction between the two villages and is a Cornish granite wheel head cross decorated with a relief-carved Sword of Sacrifice.

It commemorates 18 local servicemen who died during the First World War, including three brothers from the Skinner family, all in their early twenties, and all who died at the Somme between 1916 and 1918.

Also commemorated on the memorial is Thomas ‘Tommy’ Charles Reginald Agar-Roberts MP, Captain, The Honourable Commanding No.2 Company, 1st Battalion, Coldstream Guards. Tommy died from wounds received from sniper fire while rescuing a wounded private from no man’s land during the Battle of Loos. He had apparently already saved a sergeant under similar circumstances and was recommended for the Victoria Cross.

Following the Second World War, a memorial dedication was added to commemorate the three local people who died serving in that conflict. This included Leading Aircraftwoman Florence Elizabeth Allison of the Women’s Auxiliary Air Force who sadly died by her own hand at RAF Lynham, Wiltshire. She was 21 years of age. She was awarded the War Medal (1939-45) and the 1939-45 Star for operational service.

The Pearl Centre War Memorial of 1919 was designed by Sir George James Frampton RA, a notable sculptor and craftsman of architectural and public sculpture. His works include the lions at the British Museum, the Edith Cavell Memorial at the National Portrait Gallery and the Peter Pan statue at Kensington Gardens, commissioned by J M Barrie.

The war memorial was originally erected at the head offices of the Pearl Assurance Company in High Holborn in memory of 444 employees who fell in the First World War. It was unveiled and dedicated on 4 July 1921.

The memorial takes the form of a bronze statue of St George overpowering the dragon, standing on a tall granite plinth bearing bronze plaques to each elevation. The statue of St George depicts the character in medieval armour holding in his right hand a cruciform sword, the hilt surrounded by a wreath, while his left hand rests on a cross-like shield. Sculptures to the east and west elevations show a soldier’s helmet within a wreath while sculptural panels to the north and south elevations depict aviation and maritime scenes respectively.

Following the Second World War, the names of 215 employees of the company who fell in that conflict were inscribed on four bronze plaques. In 1991, when Pearl Assurance relocated to Peterborough, the memorial and the plaques were relocated and situated in a dedicated memorial garden.

The war memorial in Wellingham was erected in 1920 in the churchyard of Grade II* listed Church of St Andrew. It consists of a wheel head cross with Celtic-style strap work carvings at its head on a plain, slightly tapering shaft atop a plinth of two tiers.

The memorial commemorates three local servicemen who fell in the First World War, including the Rector, who was killed shortly before the Armistice. Another of the fallen was killed in an attack by a German airship, in the first civilian deaths from bombing on the Home Front.

The war memorial at Mundford pays homage to the 18 members of the local Lynford Estate who lost their lives in the First World War. The memorial was gifted by Captain Frederick James Osbaldeston Montagu of Lynford Hall. Captain Montagu had served with the Coldstream Guards in the Boer War and had been awarded the Military Cross in the First World War. Montagu unveiled the memorial on Sunday 21 November 1920. Dedications were also made to two men who fell in the Second World War and one who fell in a subsequent conflict.

The Beccles War Memorial was designed by Gerald Cogswell, architect of Lambeth Palace Library, and was unveiled and dedicated on 1 October 1921. Paid for by public subscription it commemorated 202 members of the local community who lost their lives during the First World War.

Following the Second World War, a dedication was added to commemorate the 47 parishioners who fell in that conflict. The names of single individuals killed in the Korean and Afghanistan Wars have been subsequently added.

This detailed and elegant memorial was designed by Eadred John Tennant Lutyens (1891-1975). Eadred was the nephew of Sir Edwin Lutyens (1869-1944) the pre-eminent architect of war memorials in England, France and the British Empire, including the Cenotaph in London and the Memorial to the Missing of the Somme in Thiepval.

Eadred designed the Great Amwell memorial whilst working in his uncle’s office and its design is a unique variation of the famous Lutyens cross seen on many war memorials.

Eadred’s brothers, Captain Charles Graeme Lutyens and Major Lionel Gallway Lutyens are amongst the twelve men commemorated on the Great Amwell memorial. Charles was 27 when he was killed on 9 August 1915 at Gallipoli, leading a bayonet charge up the slopes at Sari Bair close to the Anzac coast.  Charles’ brother, Major Lionel Gallway Lutyens, served in France with the 123rd Battery of the 28th Brigade of the Royal Field Artillery, taking part in the Battle of Mons, Le Cateau and the Retreat and the Battle of the Marne. He was the first officer to get his Battery of men over Vimy Ridge. He was awarded the Military Cross at the Somme and was killed in action at Langemarck on 6 January 1918.

The names of seven men who fell in the Second World War were later added to the memorial.

The other newly listed memorials are: