Funds raised by Bridge the Gap Walk hit half a million

More than 2000 walkers were treated to a spectacular and memorable walk last Sunday (9 September). The family friendly Bridge the Gap Walk took in six of Cambridge’s famous Colleges and the recently reopened Museum of Zoology. 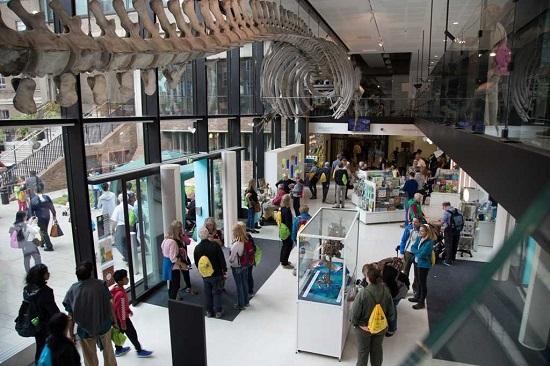 In total 34,000 people have taken now taken part in the event, which has been running since 2002.  The Bridge the Gap Committee is delighted to announce that this year’s event has already raised over £30,000, which will be evenly split between the Arthur Rank Hospice Charity and Romsey Mill. This takes the total funds raised for local charities in its seventeenth year to more than £500,000!!

Each year, Bridge the Gap Walk meanders around a new route, featuring different Cambridge University Colleges. Among some of the most talked-about highlights on this year’s four mile route (which visited Emmanuel, Christ’s, Sidney Sussex, Trinity, St Catherine’s, Pembroke and the Museum of Zoology) were: the chapel designed by Sir Christopher Wren in Emmanuel College; the underground passage to Christ’s College; the Trinity College fountain (in which Lord Byron was rumoured to have swum naked!); the striking chapel of Sidney Sussex College; refreshments in St Catharine’s College; the banana tree next to the bowling green in Pembroke College; and the humungous 21 metre long Fin Whale skeleton in the Museum of Zoology (pictured).

Cllr Nigel Gawthorpe who attended the event in his role as Mayor of Cambridge was one of the walkers setting off from Parker’s Piece and said:
“I was so pleased to open and take part in an event which brings the community together and raises a considerable amount of money for two deserving charities. Walking through the Colleges is a great way to see what a beautiful city Cambridge is. The organisers, guides and volunteers also deserve a shout out, for without them the event couldn't have taken place. It's so obviously a popular event judging by the amount of people taking part.”

While soaking up the colourful gardens, historical architecture and impressive skeletons(!), walkers were treated to facts and anecdotes by the Society of Cambridge Tourist Guides at specific points of interest. Music drifted through the air thanks to 3Folk outside the Museum of Zoology, Jazz Wave Jazz Band in the Old Court of Pembroke College and the City of Cambridge and Waterbeach Brass Band at Parker’s Piece.

This year’s Bridge the Gap Walk was particularly significant to Cambridge Building Society who celebrated their 10th year as headline sponsor! Their vital sponsorship and support – alongside that of Cambridge Assessment, TTP Group, Co-op, Cambridge Independent and Cambridge 105 Radio – means that every penny raised by walkers through registration fees, sponsorship and donations, directly benefits the people that Romsey Mill and Arthur Rank Hospice Charity care for and support.  Carole Charter, Head of Marketing for The Cambridge, said: “Bridge the Gap provides the perfect opportunity to get involved with our local community and another fantastic day out was had by everyone.  The walk saw record numbers of The Cambridge’s team and their families take part and many get this date in their diaries as soon as it is announced.  Not only does it give an opportunity to explore the Colleges that those who live here might take for granted, but it raises much needed funds for two local charities whose valuable work really does make a difference to people’s lives.”

Dr Lynn Morgan, CEO of Arthur Rank Hospice, adds:  “The success of Bridge the Gap Walk resides in the whole-hearted collaboration and support it receives from the local and business community. We would like to offer a huge thank you to each of the individual Colleges and the Museum of Zoology that featured on this year’s route, everyone of our generous sponsors, and Ashton’s Legal, Royal Cambridge Hotel, Fitzbillies, EY, Quy Mill Hotel and Spa, Touch of Ginger and The White Horse Blakeney (Norfolk) whose gifts were a wonderful surprise for walk participants who were lucky enough to find a golden ticket in their goody bag!”

The Bridge the Gap Committee additionally extends their heartfelt thanks to: all those local businesses which provided items for the Bridge the Gap goody bags handed out at the start of the walk; the event’s media partners, Cambridge Independent and Cambridge 105 Radio for their passionate support in the run up to the event; Co-op stores in South Cambridgeshire who provided water and fruit; stall holders on the day who each made a donations from their takings, including Cuppa JoJos, Charlotte’s Ices, Suffolk Spoon Jewellery, Tropic Skincare; PPP First Aid; Les Rymer who hosted a craft stall; Aristocaters of Sawston who supplied lunches for volunteers; and each and every one of the marshals who helped make the event so safe and enjoyable, including those from the Rotary Club of Cambridge, the Army Cadet Force and staff and volunteers from organisations forming the Bridge the Gap Committee.

Neil Perry, Chief Executive of Romsey Mill comments:  “Once again, the Bridge The Gap charity walk was a tremendous event.  Throughout the day I saw people smiling and having fun. On behalf of all the people that Romsey Mill works alongside, a huge ‘Well done!’. All of the funds raised by the Bridge the Gap walkers will go to Arthur Rank Hospice Charity and Romsey Mill. This will make a massive difference to local young lives, particularly those experiencing disadvantage, as Romsey Mill continues to create opportunities with young people, children and families.”

The Charities are encouraging those who have been kind enough to raise sponsorship to collect and hand it in by the end of September.

Photos from official photographers and participants can be viewed in the Bridge the Gap photo album, which you will find in photos at Arthur Rank Hospice’s Facebook page or search for #BTGWalk on Facebook, Twitter or Instagram.